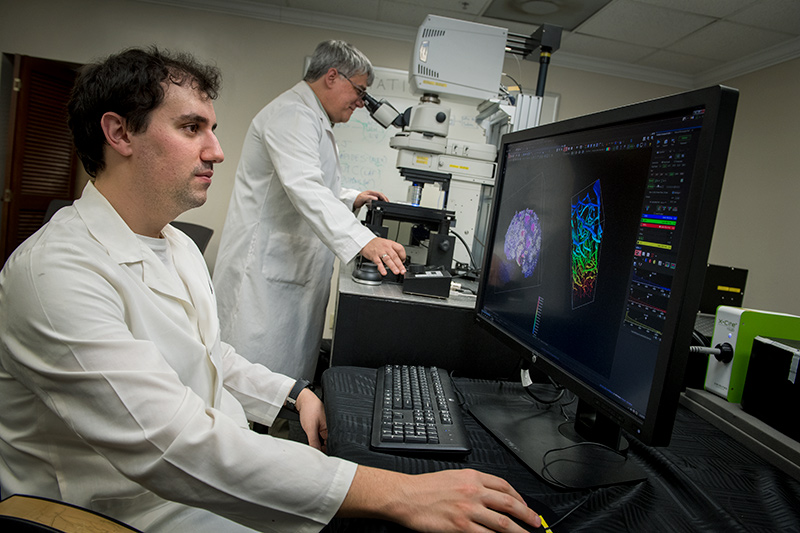 Tulane scientists were able to boost their research using one of Nikon’s most advanced microscopes. During the past two weeks, researchers had access to an A1R+ Multiphoton Confocal Microscopy System on the downtown campus, which allowed researchers from the schools of medicine and science and engineering to run new experiments using Nikon's cutting-edge imaging technology. The two-photon microscope uses a type of light that allows it to penetrate farther into objects than traditional systems, enabling researchers to image whole living tissue instead of only thin layers of tissue samples or single cells. James Zanewicz, chief business officer for the School of Medicine and organizer of the demonstration, said Tulane researchers were able to image entire kidneys, observe interactions between immunogenic proteins and immune cells and confirm the structure of connective tissues that had been previously only been estimated.