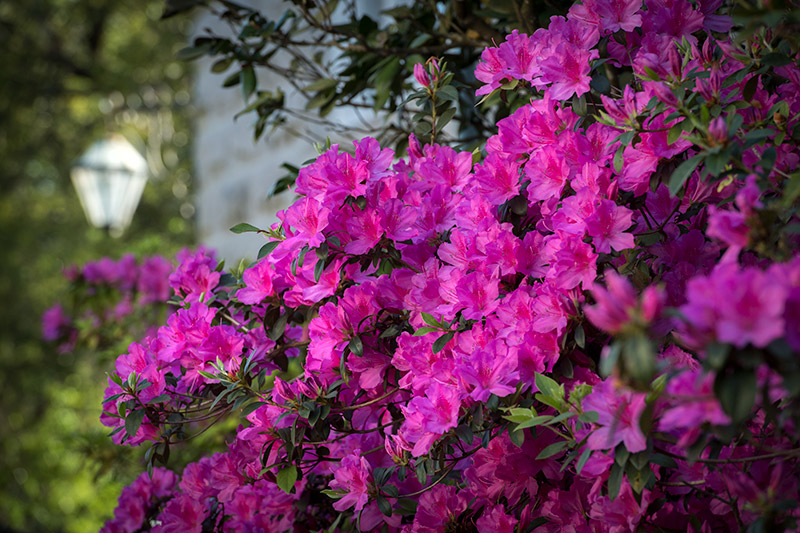 Azaleas bloom near the entrance to the registrar’s office at Gibson Hall. Each spring, the flowering shrub appears in a variety of colors across the uptown campus. The color name “magenta” comes from a dye created in 1859 by British chemists George Maule and Chambers Nicolson. The pair named the new dye in honor of the Battle of Magenta, a clash between the Austrians and French in 1859 near the town of Magenta in northern Italy. It is believed the chemists were inspired by the bright reddish trousers worn by Zouave French troops, a highly decorated infantry in the French Army.