What is the sound of freedom? 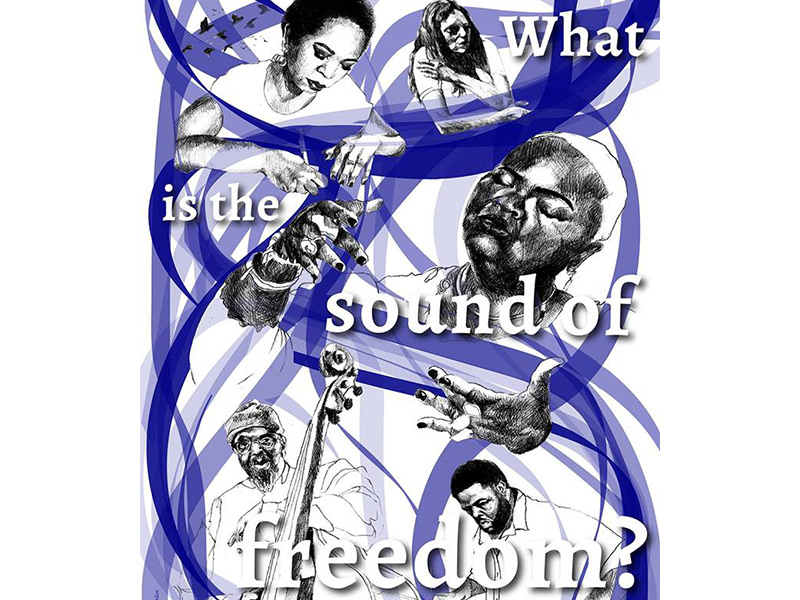 Accomplished composers will offer their musical responses to the question: “What Is the Sound of Freedom?” during a concert of the same name Saturday at 8 p.m. in Dixon Hall on the uptown campus. (Photo provided by Courtney Bryan)

On Saturday, April 7, powerhouse performances from a lineup of accomplished composer-performers will act as personal responses to the question: “What Is the Sound of Freedom?”

The evening will feature appearances by Ysaye Barnwell, a former member of African-American a cappella ensemble Sweet Honey in the Rock; Tyshawn Sorey, Wesleyan University assistant professor of music and MacArthur fellow; bassist and renowned improviser William Parker; vocalist and dancer Patricia Parker; and Courtney Bryan, Tulane assistant professor of music and jazz studies in the School of Liberal Arts.

Bryan plans to perform some of her signature works on piano during the concert. Matt Sakakeeny, Tulane associate professor of music, collaborated with Bryan and Wendi Moore-O'Neal, founder of Jaliyah Consulting, to organize the event.

“We decided that one thing that our music had in common was the theme of freedom.”

“This concert came about pretty organically; the title came later,” said Bryan, noting that it was challenging to find a unifying title for the event to represent the different musical styles that the artists will bring to the stage.

“Tyshawn and I had the same teacher at Columbia, George Lewis. ‘What does freedom sound like?’ was a question that I heard him ask Tyshawn one time in relation to his work,” said Bryan. “Matt and I decided that one thing that the music for this concert had in common was the theme of freedom. For example, a lot of my work is inspired by spirituals and freedom songs, and between Barnwell, Sorey and the Parkers, we will experience various approaches to sounds of freedom.”

In addition to performing in the concert, which begins at 8 p.m. in Dixon Concert Hall on the uptown campus, Bryan said that Sorey will host a listening party featuring his works on Saturday, April 7, at 3 p.m. in Band Room 260 within the Dixon Annex.

All of the musical events are free and open to the public.