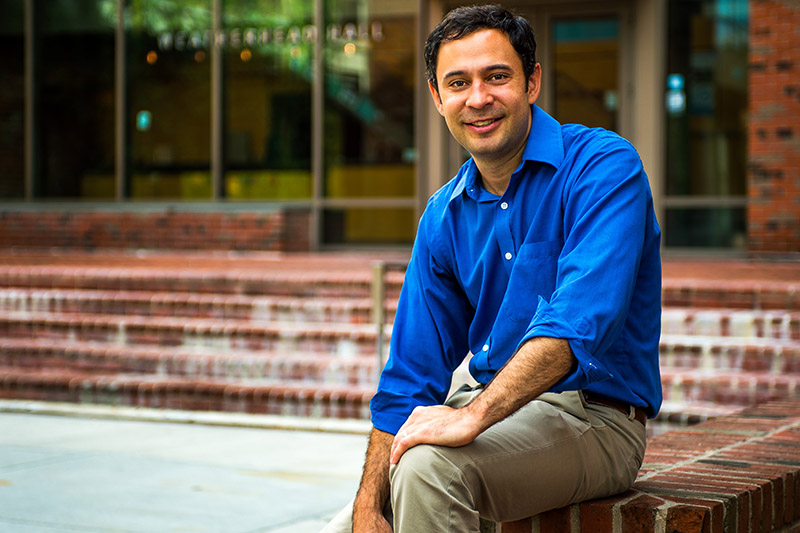 Michael J. Moore, associate professor of biomedical engineering at Tulane University, has been appointed to a prestigious panel of the National Institutes of Health (NIH).

As a member of the Bioengineering of Neuroscience, Vision and Low Vision Technologies (BNVT) study section, Moore will review, score and recommend grant proposals dealing with the development, structure, function or pathology of the nervous system.

“Basically we review grants related to the nervous system and the eye that have a significant technological or engineering component,” Moore said. Topics include brain-computer interfaces and neuroprosthetics, fostering injured nerve regrowth, implantable electrodes and bioengineering approaches for treatment of eye injury.

"The position indicates a level of achievement in the field. It’s a sign that one is considered an expert in the field and a respectable scholar."

In a letter to Tulane Vice President for Research Laura Levy, Richard Nakamura, director of the NIH’s Center for Scientific Review, said the appointment is a testament to Moore’s achievements in biomedical engineering, and his work will be of great value to medical and allied research in the United States.

“Members are selected on the basis of their demonstrated competence and achievement in their scientific discipline as evidenced by the quality of research accomplishments, publications in scientific journals and other significant scientific activities, achievements and honors,” Nakamura said.

Moore’s term begins July 1, 2018 and ends June 30, 2022. The study section meets three times a year in Washington D.C. or the West Coast, with each reviewer assigned six to nine proposals. Previously, Moore has served as an ad-hoc reviewer on this study section, and he has reviewed for other agencies, including the Department of Defense’s Congressionally-Directed Medical Research Program.

“In general, it’s a sign that one is considered an expert in the field and respectable scholar,” Moore said. “It is considered part of our service to the profession.”