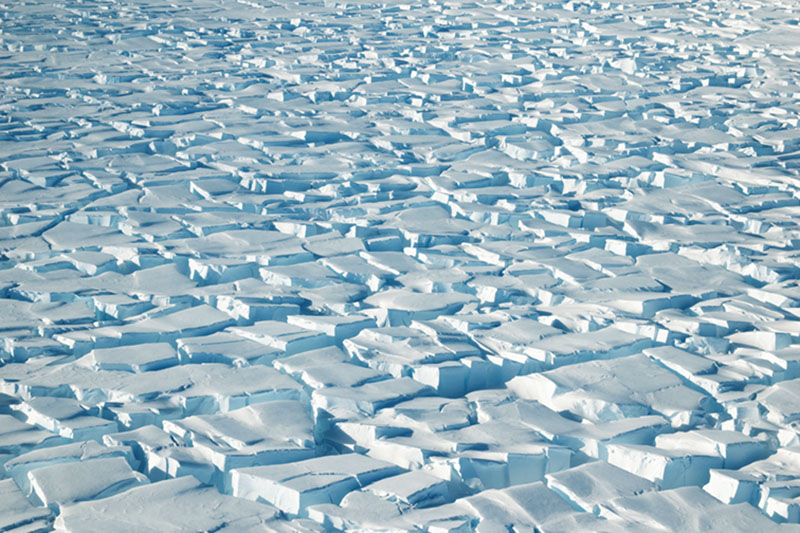 Image of Thwaites Glacier shot during a reconnaissance flight in West Antarctica. (Photo courtesy of the National Science Foundation)

A Tulane University geologist has been named to a $25 million research collaboration considered one of the most detailed and extensive examinations of a massive Antarctic glacier ever undertaken.

The collaboration between the United States and the United Kingdom will deploy Arnold Early Career Professor Brent Goehring, an assistant professor in the Tulane Department of Earth and Environmental Sciences, and 100 other scientists to Antarctica to gather data needed to understand when the glacier’s collapse could begin - in the next few decades or centuries  - and its impact on global sea rise.

The study of the Thwaites Glacier in West Antarctica is being funded by the National Science Foundation and the UK Natural Environment Research Council. It consists of eight large-scale projects that will bring together leading polar scientists in one of the most inhospitable regions of the planet.

"Rising sea levels are a globally important issue which cannot be tackled by one country alone. I'm delighted that our world-leading scientists will help lead this work."

For his part, Goehring will be teaming up with Joanne Johnson of the British Antarctic Survey on the Geological History Constraints (GHC) on Grounding Line Retreat in the Thwaites Glacier system. With students, drillers and mountaineers providing support, the research will involve sampling bedrock beneath the glacier to identify if and when it retreated in the past, how it recovered and how it is currently responding to environmental conditions.

“Essentially some existing research points to Thwaites Glacier and other parts of Antarctica actually being smaller about 5,000 years ago,” Goehring said. “Yet if this was the case the question, and something the modeling community needs, is the mechanism and climate state that allowed for the glaciers to possibly regrow. We don’t know if this happened, it is simply a hypothesis we have.”

Goehring’s study will involve measuring cosmogenic nuclides, specifically a form of radiocarbon that accumulates in rocks when at Earth’s surface but is otherwise absent. If radiocarbon is detected, he said, scientists can conclude that the glacier was in fact smaller than at present and possibly begin to make estimates of when and for how long.

“My Tulane lab is one of five globally that can make this measurement, and arguably, we do it better than anyone else.”

Preparation for the five-year program begins in October 2018 with the deployment of fuel and supplies and establishment of field camps on Thwaites Glacier.

“We are really excited to get the science going,” he said, “but sadly won’t even see the continent until the fall of 2019.”