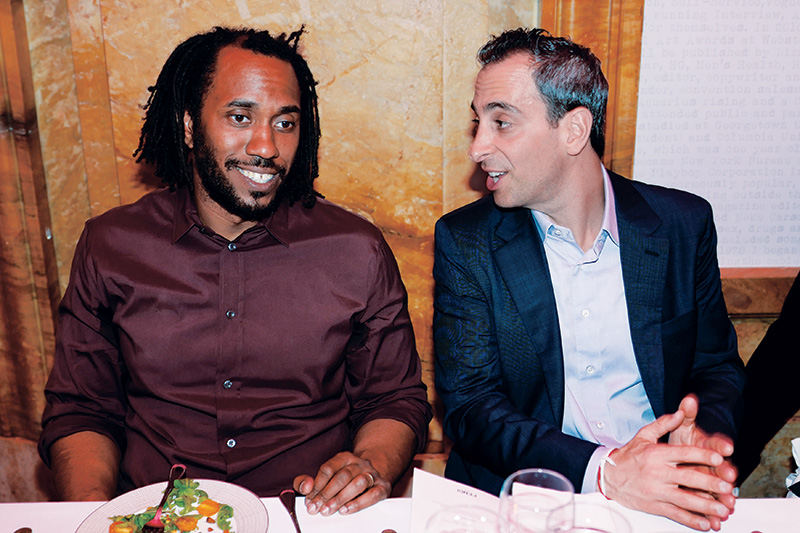 Sandy Heller, New York–based art consultant and collector’s advocate, had seen Leonardo da Vinci’s “Salvator Mundi,” the Renaissance painting of Jesus, many times before it went up for auction in November 2017.

As the adviser for the painting’s seller, Heller had viewed the painting in a variety of settings, but nothing prepared him for the day it was installed at Christie’s auction house in New York City, a moment he described as “breathtaking.”

“I think people were conscious that this is a moment that can never be repeated,” said the 1994 graduate of the College of Arts and Sciences. “With the Leonardo coming to auction at Christie’s and going on view to the general public, these audiences were provided an impossibly intimate proximity to a painting, painter and idea that will never happen again.” It sold for more than $450 million.

“Great art has the ability to transport and transcend.”

“This painting has tremendous power,” Heller added. “I’ve never seen anyone look at a work of art the way they looked at the ‘Salvator Mundi’—with a total sense of awe.”

Whether working with Impressionist paintings from the 19th century or contemporary art, Heller recommends to his clients which works to buy for their collections.

“Those conversations are always stimulating and interesting, especially when we disagree,” he said.

While Heller was drawn to art from an early age, he preferred the dialogue around a work of art to the actual making of it.

“I was a terrible artist! I tried my best, but always found myself wandering over to the student across the studio to talk ideas or technique—anything other than going back to continue making what I honestly recognized as my own mediocre work. In retrospect, this was the lightning bolt we all hope for. By recognizing I didn’t have what it took to be an artist, I likely avoided years of struggle while continuing to explore my passion for learning about art—which undoubtedly paved the way for what would be a career as an art consultant.”

Even today, if he can spare the time, his workday might include a visit to his favorite museums, where he contemplates works of art not just with the eye of a consultant, but also with the reverence of a lifelong art lover.

“What I love about art is, we’re all students here—if you’re a viewer of art, you’re a student. And art is the teacher,” he said. “Great art has the ability to transport and transcend. It’s going to take you somewhere as long as you’re open to letting that happen.”