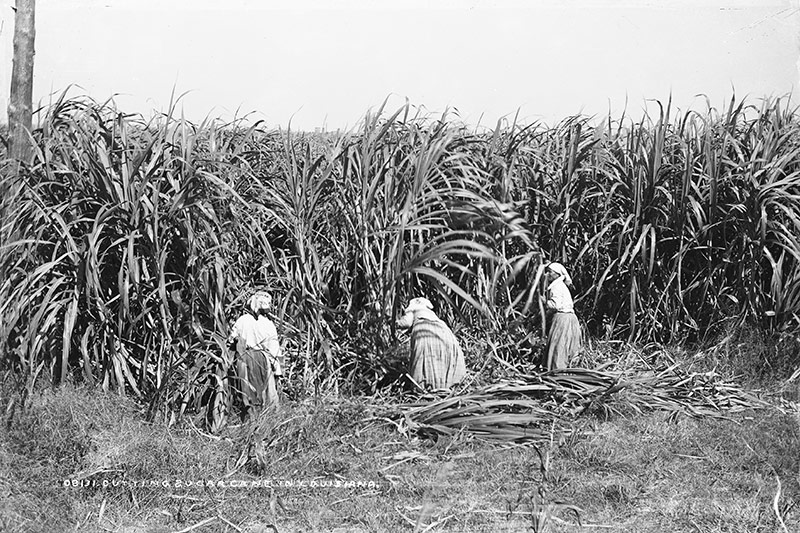 From Somaliland to El Salvador, Peru to Guatemala, Davette Gadison has brought her passion for justice to her studies in forensic anthropology — drawn to mass gravesites in countries torn apart by civil war.

This spring, however, Gadison stayed right here in southeast Louisiana.

Using ground-penetrating radar — provided by Cynthia Ebinger, Tulane professor of earth and environmental sciences and holder of the Marshall-Heape Chair in Geology — Gadison surveyed a site in Thibodaux where a sugarcane labor strike was halted on Nov. 23, 1887. White vigilantes had rounded up striking African-American workers, killing many of them.

“I’d like to keep doing global work, but this Thibodaux massacre gives me a chance to look at the U.S.”

Estimates of the number of workers who were murdered range from 30 to 60. The bodies were thrown into one grave; in the decades following the event the site became the city dump, said Gadison.

Although a strong oral history exists, especially in the black community, the event had largely been repressed from written records — until the publication of The Thibodaux Massacre: Racial Violence and the 1887 Sugar Cane Labor Strike (The History Press, 2016) by John DeSantis.

Now Gadison, a graduate student in the Department of Anthropology of the Tulane School of Liberal Arts, is a consultant on the project, working with a professor from the University of Louisiana–Lafayette, to decide what the next step will be.  From her pending report based on analysis of the ground-penetrating radar survey, Gadison will recommend if, where and how to excavate.

Like relatives of murdered people interred in mass graves around the world, community members in Thibodaux want a “proper burial” for the victims, said Gadison.

“I’d like to keep doing global work,” she said, “but this Thibodaux massacre gives me a chance to look at the U.S.”

There may be other massacre sites in the area, said Gadison, which is “disturbing, very disturbing.”

“I have a passion for justice,” said Gadison. “It’s strong in me. That’s what is fueling my drive for this work.”