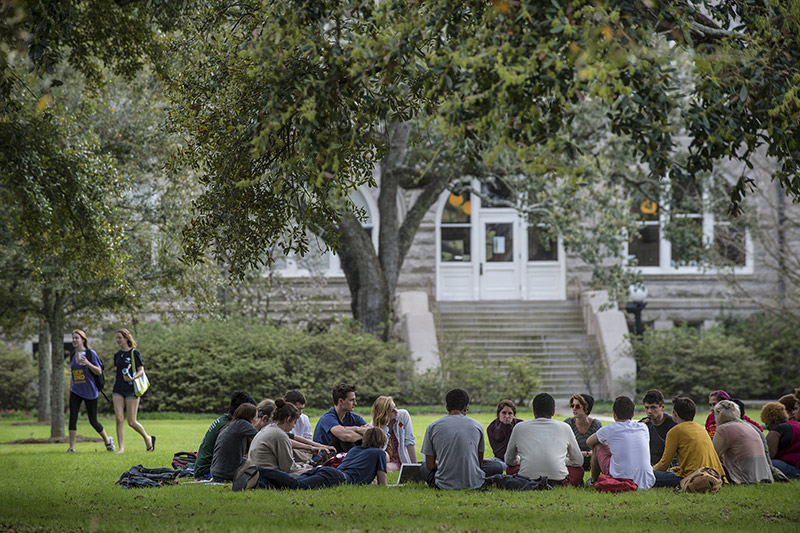 For the second straight year, Tulane University has posted a record-breaking year of fundraising with more than $150 million. (Photo by Paula Burch-Celentano)

A record 25,000 alumni, parents and friends, including close to 6,000 first-time donors, contributed to Tulane in the 2017-18 fiscal year, spurred on by the December launch of Only the Audacious, the most ambitious fundraising campaign in Tulane’s history.

The $1.3 billion campaign is building on the university’s tremendous momentum. It is aimed at pursuing even greater academic excellence: expanding the university’s pioneering research; increasing scholarships and financial aid to attract the best students from across the globe; and building a student experience that emphasizes innovation, firsthand research experiences and learning through civic engagement.

“The success of our campaign will not only help transform our students' lives but improve the human condition by addressing some of its most pressing challenges.”

“I am proud and grateful that so many individuals from around the country and world have recognized Tulane's unique strengths and service to the local and global community by committing to this campaign. Their dedicated support is responsible for our remarkable progress in furthering lifesaving research, groundbreaking scholarship, innovative education and exceptional community service,” Tulane President Mike Fitts said. “The success of our campaign will not only help transform our students' lives but improve the human condition by addressing some of its most pressing challenges.”

The newly committed funds came from numerous sources, including the university’s first-ever day of giving, Give Green, which raised nearly a half million dollars in 24 hours.

The year’s record-breaking fundraising total also included large gifts such as $25 million from the family of Dr. John Winton Deming to name the John W. Deming Department of Medicine; a $10 million gift from Tulane alumni Steven and Jann Paul to build the Steven and Jann Paul Hall for Science and Engineering and an anonymous lead gift, along with generous donations from several others, to begin construction on The Commons, the largest Tulane construction project since Yulman Stadium.

When it opens in 2019, the three-story, $55 million, 77,000-square-foot building will offer a new gathering space for the entire Tulane community, housing a new dining hall, multipurpose meeting spaces and a permanent home for the Newcomb College Institute.