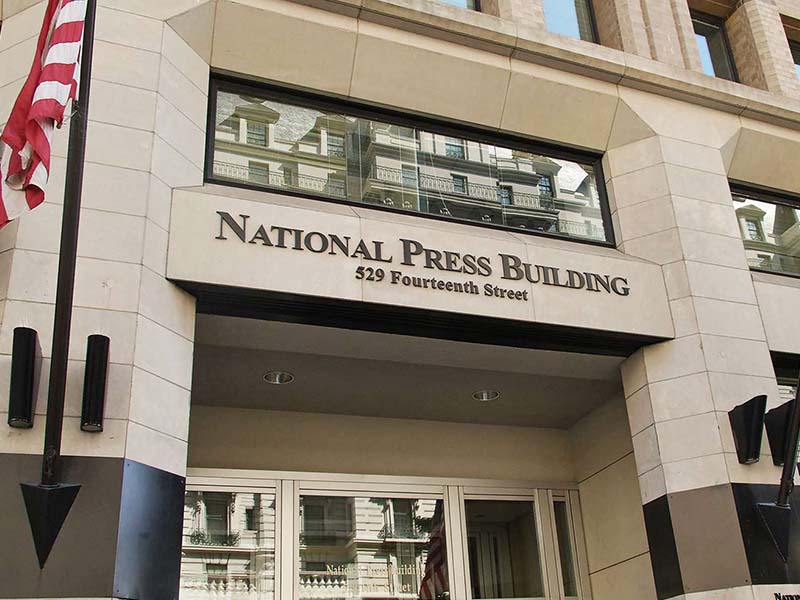 Reporters from the Associated Press, The New York Times, The Wall Street Journal and The Washington Post were among major media outlets attending the event, which was hosted by Bucknell University.

Sharing the dais with Fitts at the storied press club were more than a dozen college presidents, including the leaders of Carnegie Mellon University, Colgate University, Dartmouth College and Spelman College.

Several questions focused on the Trump administration’s impact on higher education. Fitts said the most significant effect of the current administration may be the change it has brought to “nature of discourse” on college campuses. The increased polarization of American society presents a challenge and opportunity for universities to embrace their traditional role as a forum for ideas and perspectives from across the political spectrum, he said.

“It often boils down to who comes to universities and who is welcomed there,” Fitts said, noting that Tulane, like many other schools, could be described as a “blue campus in a red state.”

“That gives us a unique position in the national conversation,” he said.

Diversity dominated much of the evening’s conversation with university leaders agreeing that enrolling students from the widest array of racial and socio-economic backgrounds is just one factor in creating a truly thriving academic community reflective of the world students are preparing to enter.