Is New Orleans poised to be the next Silicon Valley? 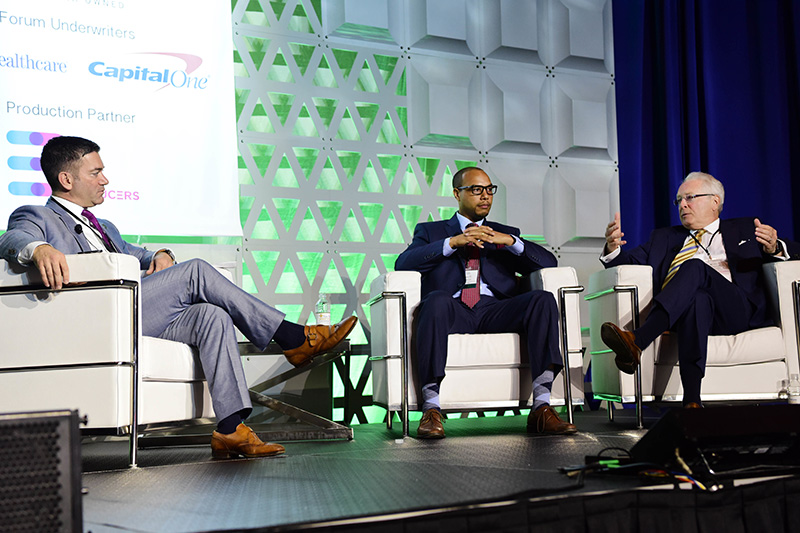 New Orleans was already ranked as the fastest growing technology jobs market in the country when DXC Technology announced it had selected the city as the home of its new Digital Transformation Center, a software development hub expected to bring 2,000 tech jobs to the city over the next six years.

In a discussion at the 39th annual Tulane Business Forum on Friday, Sept. 21, technology consultant David Snyder told business leaders not to underestimate the impact of DXC’s presence in the city.

“Austin grew up around a few specific companies, Dell being one,” said Snyder, president and CEO of Realscape Group. “That’s not dissimilar from what could happen with DXC being here. DXC has large partners — all names you would know — and at some level [in those companies] there is discussion going on about New Orleans.”

While Boynton acknowledged the city’s reputation for high culture and low costs helped it edge out Nashville for the center, he said there was another driving factor: Louisiana’s outstanding colleges and universities. DXC hopes to hire about 80 percent of the center’s 2,000 employees from local universities, an ambitious goal that requires working closely with the universities to ensure that students graduate with the right skills.

“Technology shifts are happening in less than 12 months,” Boynton said. “We needed a university system that was willing to look at the changes that were needed to develop their students.”

“This is an incredibly important message for Tulane and all the universities to understand,” Hecht added. “Low cost, high culture is great, but if there isn’t the quantity and quality of workers, then the companies aren’t going to be able to scale and it’s all going to be for naught. So the universities really are the linchpin.”

The forum, an annual presentation of the Tulane Association of Business Alumni (TABA), focused on the theme “Digital Transformation: Strategy to Execution” and included keynote talks by Joseph Ochipinti, CEO of UnitedHealthcare – Gulf States Region, and Leo Denault, chairman and CEO of Entergy Corp.

“This year’s program and speakers were simply outstanding,” said Freeman School Dean Ira Solomon. “Once again, the board members of TABA outdid themselves in planning and presenting a timely and thought-provoking forum.”