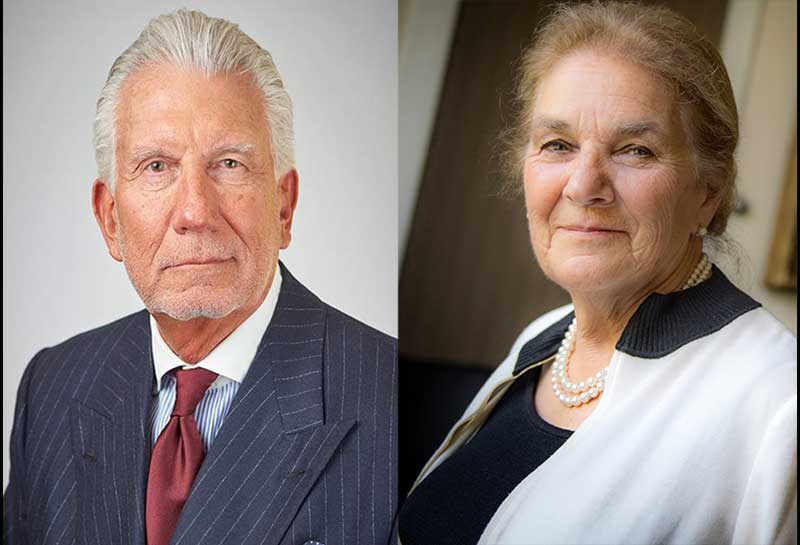 Ms. de Panetta is a member of the Board of Tulane and the Dean’s Council of the Tulane School of Public Health and Tropical Medicine. Her husband and fellow Tulane graduate, Bernard, is a trial lawyer.

Tulane will establish the Panetta Family Presidential Chair Endowed Fund to support a professor in an interdisciplinary area of academic study associated with the Tulane Brain Institute. The Panettas have requested that the initial chair holder be a scholar whose research focuses on hormone-brain interactions in response to trauma and violence.

“Once again, the Panettas have demonstrated their dedication to Tulane and their commitment to advancing research and discovery."

“Trauma and violence are impossible to avoid. We see their effects every day. We know that they are life altering. Trying to unravel the mysteries that show us the effects of trauma, physical, emotional and spiritual, is the work that is done every day at the Tulane Brain Institute. I believe this work is vital if we, as the human race, are to heal ourselves. This is why I am immensely proud and honored to be able to underwrite this interdisciplinary Presidential Chair. Because we must begin to understand so that we can begin to heal,” de Panetta said.

“Once again, the Panettas have demonstrated their dedication to Tulane and their commitment to advancing research and discovery in one of the most fascinating and exciting areas of science – the very center of human knowledge and consciousness,” Tulane President Mike Fitts said.

Presidential Chairs are one of the top priorities for Fitts as he seeks to attract some of the world’s most renowned faculty members in areas such as biomedicine, coastal restoration, global health and fields not yet explored. These faculty members will embark on a pursuit of teaching and research that crosses multiple disciplines and helps transform the world. The Panetta Chair is the sixth Presidential Chair to be established.

Marcela Villareal de Panetta earned a bachelor of arts degree from Newcomb College. She lives in Juarez, Mexico, where she helped create the Fondo Guadalupano, a fund to support Mexican citizens studying at the Tulane School of Public Health and Tropical Medicine.

In addition, de Panetta has served on the boards of various companies and cultural institutions in the United States and Mexico. She has the distinction of being one of the first women to serve on a major Mexican board, ARCA - CONTAL, where she promoted significant changes that made recycling and sustainability priorities for the company.

Bernard Panetta earned a bachelor’s degree in liberal arts from Tulane. He also earned a law degree from Georgetown University. He served as an Assistant United States Attorney in Washington, D.C., from 1973 to 1979 and then an attorney in the Department of Justice in Washington D.C. from 1979 to 1983.