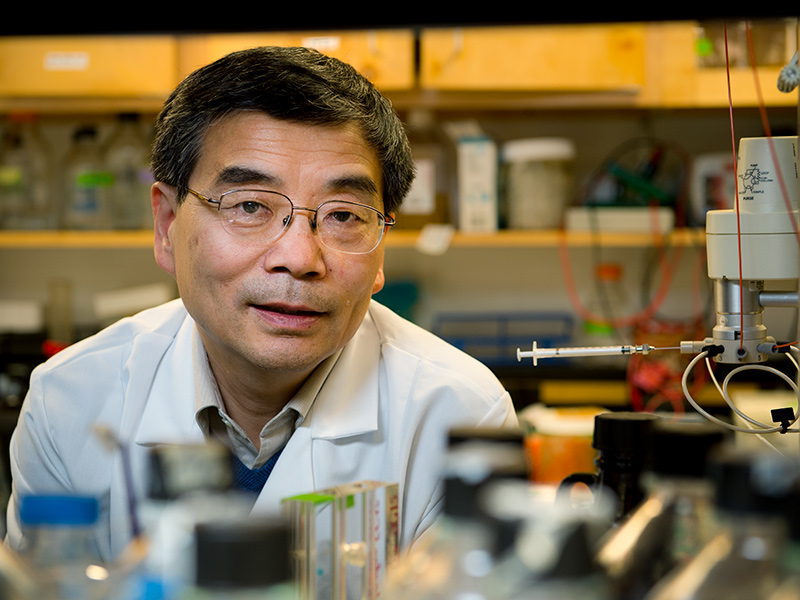 Leading p53 researcher Hua Lu, PhD, of Tulane University School of Medicine, was chosen to edit a special edition of a medical journal dedicated to the history of p53 research.

It’s the most important suppressor of growth in cancer tumors and the most intensively studied molecule in biomedical research, yet scientists are still unraveling the mysteries of p53 almost 40 years after its discovery.

Leading p53 researcher Hua Lu, PhD, of Tulane University School of Medicine, was chosen to edit a special edition of the Journal of Molecular Cell Biology dedicated to the history of p53 research. The issue includes articles and perspectives from some of the world’s top research scientists in the field from Princeton’s Institute of Advanced Study, Massachusetts Institute of Technology, Johns Hopkins, Columbia, Northwestern, the Weizmann Institute of Science, the Francis Crick Institute, and other universities along with St Jude Children’s Research Hospital.

“It’s a tremendous honor to have one of our Tulane researchers chosen to edit this journal,” says Dr. Lee Hamm, senior vice president and dean of Tulane School of Medicine. “This reflects the breakthroughs Dr. Lu has made in this important field of research.”

Scientists have long known that the p53 protein protects against cancer by triggering cells with DNA damage to self-destruct before they become malignant. The protein also triggers DNA repair processes and cell cycle arrest. P53 is kept in check by two genes, MDM2 and MDMX, which regulate its production and degradation in a negative feedback loop. While overproduction of either the p53 protein or its two suppressors is harmful, with one possible result being the formation of cancer, the balance between both p53 and its suppressors allows for normal cell function, in particular the maintenance of genome integrity.

Lu, professor and Reynolds and Ryan Families Chair in Translational Cancer Research, was honored to lead the effort to commemorate advances of p53 research.

“The more we study p53, the less we know about it,” Lu said. “This special issue of JMCB celebrates the 40th anniversary of p53’s discovery and highlight researchers in the field of cancer, all of whom are pioneering, world-class scientists.”

Lu and his team have recently been looking at how different proteins work to suppress normal p53 function within the cell. One of the proteins, PHLDB3, was thought to be a potential tumor suppressor, but actually allows cancer cells to thrive in the context of pancreatic, prostate, colon, breast, lung, and other cancers. Tulane researchers discovered that PHLDB3 works with MDM2 to inhibit p53, promoting tumor growth. The protein could also cause therapeutic resistance for some late-stage cancers by helping to thwart treatments that work by causing DNA damage to the cancer cell. The other protein of interest is SPIN1, which can promote tumor growth by inactivating p53. The team also discovered how a novel molecular signaling pathway can lead to oncogenic activity of a specific p53 hotspot mutant in the context of liver cancer.