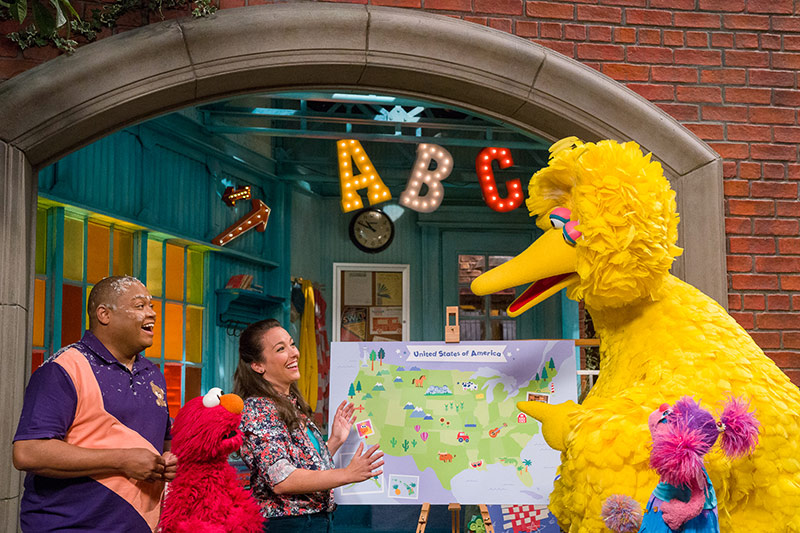 Big Bird has been a character on "Sesame Street" since the show's inception in 1969. (Photo by Richard Termine)

The iconic “Sesame Street” celebrates a half-century of educating children and parents this month, and the show is as much a part of Patrick Bordnick’s personal life as it is his professional life.

Bordnick is dean of the Tulane University School of Social Work. From a professional standpoint, he said ”Sesame Street” has reduced stigma for families dealing with such issues as trauma, homelessness, racism, divorce, incarceration, and addiction.

“The show is always on the cutting edge, dealing with topics that were once thought of as taboo,” Bordnick said. “It has a way of taking these topics and making them user-friendly to kids as well as adults and promotes understanding and acceptance.”

“It not only helps us understand who we are as people, but it teaches us how to have compassion, empathy, and understanding. It does it in a way that no other show does."

Patrick Bordnick, dean of the Tulane School of Social Work

When a well-respected and highly accessible television program reduces stigma around behavioral health and social issues, people feel more comfortable having their own conversations. This may lead them to seek support, and many times, social workers are the ones to help them.

“As social workers, we connect people to resources that empower them,” Bordnick said. “We show up for them when they need us, and I’m happy programs like ‘Sesame Street’ foster understanding of difficult issues and demonstrate that people are available to help and offer support.”

As a parent, he said “Sesame Street” has sparked conversation about adoption and autism. Bordnick and his wife Allison Stock are the parents of three teen-age girls whom they adopted from China. His oldest daughter, Ying, was an avid fan of Big Bird — or Da Niao as he is known in Chinese — and Da Niao helped her learn English. The youngest, Fang Hua, 13, was diagnosed with autism spectrum disorder at age 7.

One of Bordnick’s favorite human characters is a woman named Gina Jefferson, who traveled to Guatemala in Season 37 to adopt Marco. In 2017, the show introduced a Muppet named Julia, a 4-year-old who has  autism spectrum disorder.

“There is a scene where the kids are drawing, and Julia is doing things just a little differently,” Bordnick said. “The other kids are asking, ‘Why is Julia doing that?’ Well, Julia just does things in her own way. It made my youngest daughter proud that the show was addressing autism and helping others to better understand her different abilities.”

Another Muppet was introduced in 2019, a 6-year-old named Karli, who was in foster care while her mother was being treated for drug addiction. Bordnick is an expert in addiction, particularly in the use of virtual reality as a form of treatment.

”The show’s willingness to tackle such tough issues has made it essential TV across the United States and beyond”, Bordnick said.

“It not only helps us understand who we are as people, but it teaches us how to have compassion, empathy, and understanding. It does it in a way that no other show does. It makes us better people.