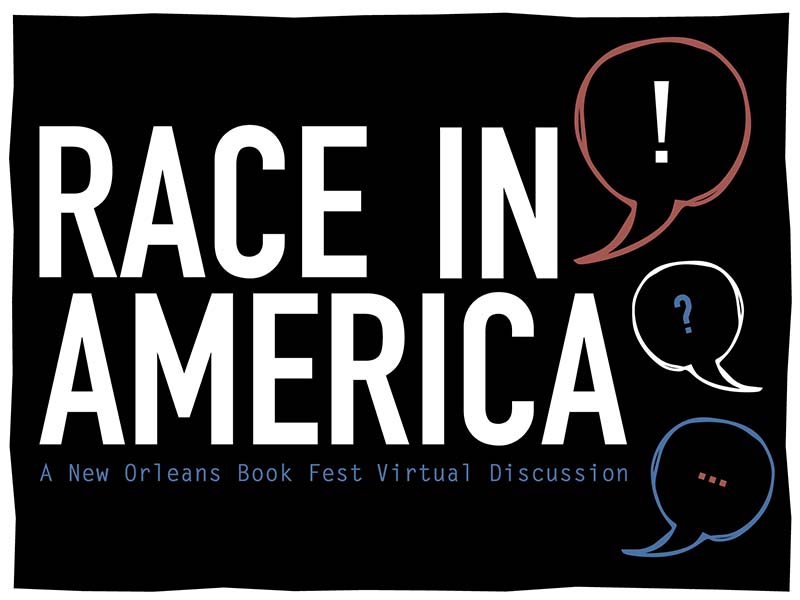 The New Orleans Book Festival at Tulane University will host a virtual discussion on “Race in America” with a trio of renowned national authors, including Dr. Eddie S. Glaude, Jr., Kiese Laymon and Cleo Wade, on Wednesday, June 17 at 5 p.m. CDT. Michelle Miller, CBS News national correspondent and co-host of “CBS This Morning: Saturday,” will moderate the discussion. The event is free, but registration is required to participate. Please click here to register.

A distinguished educator, Glaude, Jr., is the chair of the Department of African American Studies and the James S. McDonnell Distinguished University Professor of African American Studies at Princeton University. He is the former president of the American Academy of Religion, the largest professional organization of scholars of religion in the world. Glaude, Jr., is the author of several influential books, including Democracy in Black: How Race Still Enslaves the American Soul, which has been described as “one of the most imaginative, daring books of the twenty-first century.” His most recent book, Begin Again: James Baldwin’s America and Its Urgent Lessons for Our Own, will be released on June 30, 2020. It is currently available for pre-order.

Laymon is the Ottilie Schillig Professor of English and Creative Writing at the University of Mississippi. Laymon is the author of the novel, Long Division and a collection of essays, How to Slowly Kill Yourself and Others in America, and Heavy: An American Memoir. Heavy, winner of the Andrew Carnegie Medal, the LA Times Isherwood Prize for Autobiographical Prose and Audible’s Audiobook of the Year, was named one of the best books of 2018 by The Undefeated, New York Times, Publishers Weekly, NPR, Broadly, Library Journal, The Washington Post, Southern Living, Entertainment Weekly, and the San Francisco Chronicle. Copies of Laymon’s books can be ordered here.

Wade, a New Orleans native, is the author of the 2018 best-selling book, Heart Talk: Poetic Wisdom for a Better Life. Her latest book, Where To Begin: A Small Book About Your Power To Create Big Change In Our Crazy World, was released last October. She was named one of America’s 50 Most Influential Women by Marie Claire, 100 most creative people in business by Fast Company, and “The Millennial Oprah” by New York Magazine. An acclaimed poet, Wade’s writing centers around inspiration, affirmations, activism and female empowerment. Where to Begin and other copies of Wade’s books can be ordered here.