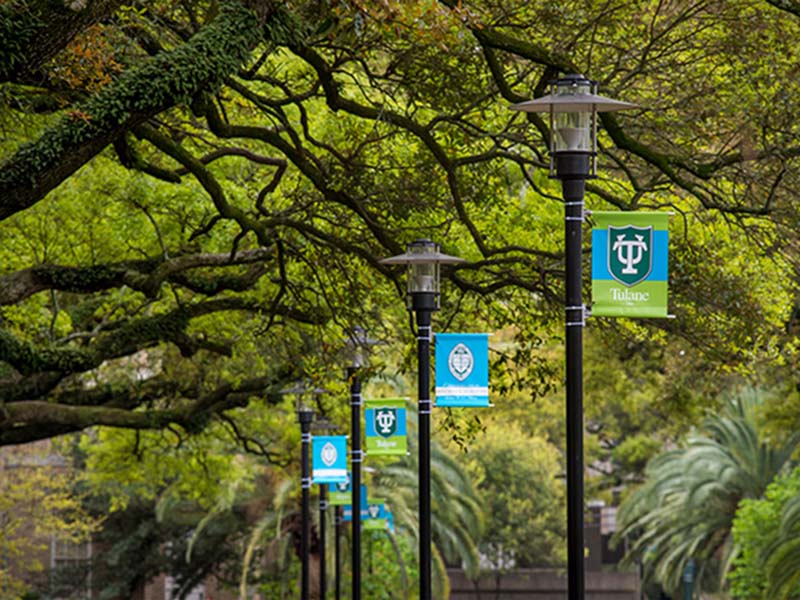 Tulane has joined universities around the country in filing an amicus brief in support of Harvard and MIT’s lawsuit to halt the implementation of a new directive regarding international students. (Photo by Paula Burch-Celentano)

Tulane University has joined universities around the country in filing an amicus brief in support of Harvard and MIT’s lawsuit that seeks to prevent the government from refusing visas for international students to attend U.S. universities where classes will be delivered entirely online this fall. The new policy was announced last week by Immigration and Customs Enforcement (ICE) and the Department of Homeland Security.

“Since Tulane is planning to return to on-ground, in-person classes, along with online instruction this fall, we believe our international students will be eligible to remain on our campuses this year,” Tulane President Michael Fitts said. “However, we know this new policy will present extreme hardships and disadvantage thousands of international students who have worked hard to attend universities across the United States. The new directive also raises many questions and concerns among our own students, especially those who are currently living outside the United States.”

"We want to assure our international students that, whether they study remotely or in person, we are committed to them and to their education."


“International students are welcomed and cherished members of our academic family and our city. In order to prepare our students to lead in the global economy, our campuses must reflect the rich and wonderful diversity of our world,” Fitts said.

In addition to the “immeasurable harm” it is causing students and their families, the amicus brief calls the new ICE directive “arbitrary and capricious” in reversing previous federal guidance that allowed international students to attend all-online courses during the pandemic. This guidance, which was to remain in effect for the duration of the COVID-19 pandemic, was the basis on which many universities made their plans for the fall.

The amicus brief, which includes 59 public and private colleges and universities, also claims the rule violates “the most fundamental principles of administrative law: that the government must provide a reasoned explanation for its actions and consider all important aspects of a problem before imposing burdens on regulated parties.”

The amicus brief goes on to say that the ICE directive violates the Administrative Procedure Act because it fails to address universities reliance on the government’s previous policies regarding online courses during the pandemic, fails to consider the dilemmas and disruptive burdens it poses on students and schools and “is devoid of any reasoned explanation or justification.”

In joining the amicus brief, Fitts said, “We want to assure our international students that, whether they study remotely or in person, we are committed to them and to their education. They will always have a home at Tulane. The expertise, insights, perspectives and experiences of international students are critical to the mission of a major research university such as Tulane.”