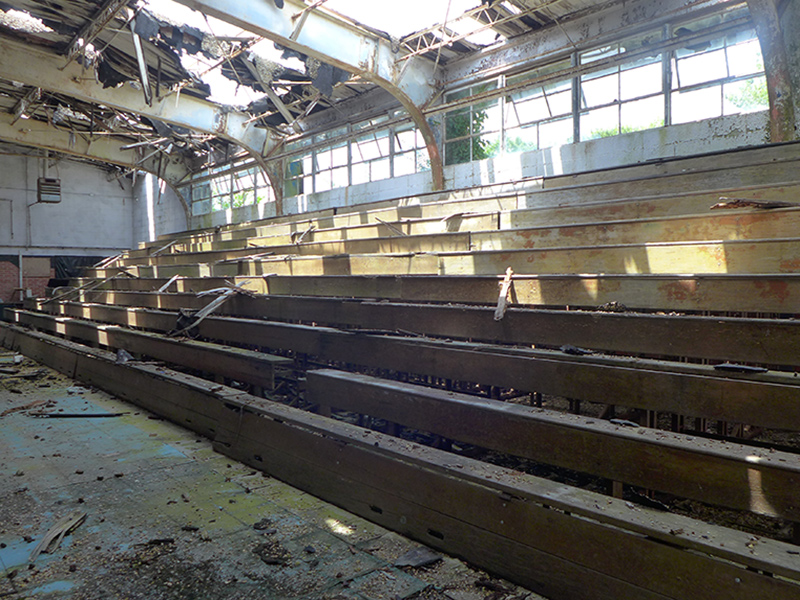 A gymnasium at the old Sabine High School in Many, Louisiana, is among a number of abandoned African American schools in Louisiana that could get new life with assistance from Tulane preservation experts. (Photo courtesy of Laura Blokker)

Researchers from the Tulane School of Architecture have been awarded a grant to assist in designing new uses for some Louisiana mid- 20th -century African American schools that were abandoned in the wake of school desegregation.

The grant, the biennial Richard L. Blinder Award, will allow researchers to work with alumni of the schools in designing reuse strategies for the buildings, which were originally constructed as last-ditch efforts to protect segregation by providing “separate but equal” facilities for Black students.

More than schools, these structures, with their large gymnasiums, auditoriums and fields, hosted parades and dances, athletic events and community gatherings. Following school integration in 1970, many of these facilities in Louisiana were closed.

“This work all really stems from alumni of these schools who are trying to reclaim them for the future of their communities."

“For many years, these mid-century African American school buildings have sat vacant, many preferring they be forgotten and their history silenced,” said Laura Blokker, interim director of the Preservation Studies program at Tulane who, along with Andrew Liles, assistant professor of architecture, received the grant.

“We must not ignore America’s past. These schools were created in the era of segregation and that story must be told – not to commemorate oppression, but to celebrate the legacy of generations of African American educators, leaders and communities who nurtured these learning environments and sprung from them.”

“This work all really stems from alumni of these schools who are trying to reclaim them for the future of their communities,” Blokker said.  “By getting this award, Liles and I will be able to put our professional services to work for them.  The project will entail a stakeholder meeting to gather input in addition to the work throughout with individuals and groups affiliated with the various buildings.”

The award is for $15,000. It was given through the Trustees of the James Marston Fitch Charitable Foundation for which Blinder, an architect whose work involved the intersection of old and new, served as president.

The project will begin with identifying as many as possible of the surviving mid-century African American school buildings in Louisiana. This work will build off of an existing online map of historic schools to locate and document the buildings.

The team will then assess and categorize the overall design, plans and materials of the buildings. This will serve as the basis for the next steps of identifying potential reuse schemes and outlining specific preservation recommendations and ideas for new design interventions. A meeting of stakeholders from across the state will be convened to brainstorm about potential uses of schools in different communities. Some of the Ideas that have been discussed include community centers and senior housing facilities, Blokker said.

Based on the survey of existing buildings and concepts for reuse, recommendations for material and future preservation and design interventions will be created for the different categories of design, plans, and materials.

Two schools will be selected to serve as examples of how the campuses can be brought back to life. The final product will be a graphic and textual handbook of materials and plans with recommendations for preservation and new design, featuring renderings along with other photographs and illustrations.