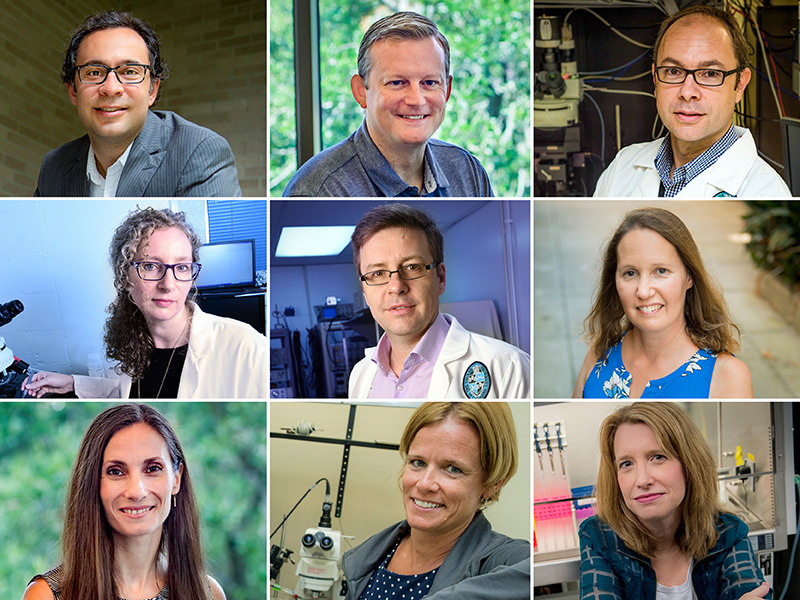 When Bill and Marta Marko agreed to support the Spark Innovation Research Fund at the Tulane Brain Institute, they never expected the return on investment their five-year gift would reap. So far, five research awards of $50,000 have been granted, leading to nearly $6 million in National Institutes of Health (NIH) funding to support neuroscience research at the Tulane Brain Institute.

“It’s been an overwhelming success, truly well beyond our expectations,” said Jill Daniel, the Gary P. Dohanich Professor of Brain Science, professor of psychology, and director of the Tulane Brain Institute. “Federal agencies, like NIH, require proof of concept. To be competitive, you need to collect pilot data, and the Marko Spark Award empowers faculty to take chances and try ideas that will be transformative in solving brain disorders.”

In 2016, Tulane formally launched the Tulane Brain Institute to coordinate and support brain-related research and neuroscience endeavors at Tulane. The institute combines expertise and research from faculty, postdocs and students at the schools of Medicine, Science and Engineering, Public Health and Tropical Medicine, Liberal Arts, and the Tulane National Primate Research Center.

The Marko Spark Innovation Research Fund was established in 2016 by Marta and Bill Marko (E ’81, E *83) to spark cross-disciplinary research and support the creation of collaborative research teams at the Tulane Brain Institute. The annual $50,000 research award was intended to provide seed funding to support collection of pilot data to allow scientists to compete for external funding to complete their research.

Already, three of the five awards have led to federal research awards, and that figure will likely grow as more grant proposals are submitted, Daniel said. The awards have been received by faculty in the School of Medicine and the School of Science and Engineering.

The Markos’ gift creating the five years of the Spark Award has shown the incredible impact of the support of Tulane donors for pioneering research.

“This is beyond our wildest imagination in how successful it’s been,” said Bill Marko. He said that he and Marta chose to support the award because Daniel recommended it, and he has found that the grant fund has been an incentive for promising emerging researchers. “It’s been all rising stars.”

The Spark Innovation Research Fund was only a small part of the Markos’ generous lead gift that jumpstarted the Brain Institute; they also underwrote the buildout of the institute’s second-floor home in Flower Hall and are supporting endowments to secure the institute’s future.

The Markos have been thrilled to witness the institute’s momentum since its launch and envision even greater success for the center that is studying the most important and complex organ in the human body. Just as the Spark Award triggered much larger ultimate prizes, Bill Marko foresees that successes at the Brain Institute will lead to much bigger successes down the road.

Already, the success of the spark award has inspired Robert (UC ’68) and Kikie Priddy to make a $1 million gift to provide a permanent source of funding for an annual seed fund award, the Priddy Family Spark Research Endowed Fund. The Priddy gift will allow the seed fund award to continue in perpetuity.