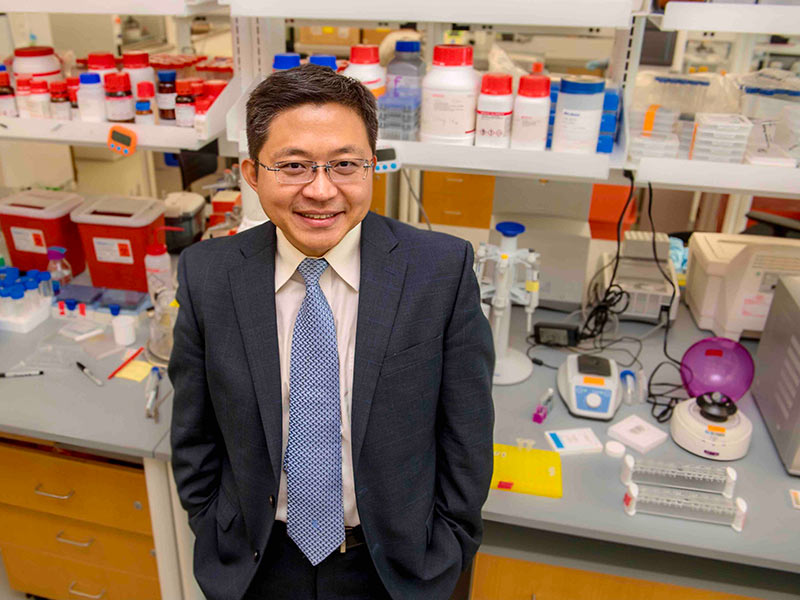 The new test was developed by a research team led by Tony Hu, PhD, Weatherhead Presidential Chair in Biotechnology Innovation at Tulane University.

Researchers at Tulane University School of Medicine have developed a highly sensitive blood test that can find traces of the bacteria that causes tuberculosis (TB) in infants a year before they develop the deadly disease, according to a study published in BMC Medicine.

Using only a small blood sample, the test detects a protein secreted by Mycobacterium tuberculosis, which causes TB infection. It can screen for all forms of TB and rapidly evaluate a patient’s response to treatment, said lead study author Tony Hu, PhD, Weatherhead Presidential Chair in Biotechnology Innovation at Tulane University.

“This is a breakthrough for infants with tuberculosis because we don’t have this kind of screening technology to catch early infections among those youngest groups who are most likely to be undiagnosed,” Hu said. “I hope this method can be pushed forward quickly to reach these children as early as possible.”

Each year, nearly a million children develop TB and 205,000 die of TB-related causes. More than 80% of childhood TB deaths occur in those under the age of 5. Most of these deaths occur because their disease is undiagnosed as children with TB, particularly infants, usually have symptoms that are not specific for the disease. These children also have difficulty producing the respiratory samples used for TB detection by the best TB tests now in use.

Even when it is possible to obtain these samples from children, they tend to be less effective for diagnosis, since they often contain much less of the bacteria than samples from adults, Hu said. His test’s assay, however, uses a small blood sample that can be easily obtained from children of any age to detect a specific protein (CFP-10) that the bacteria secrete to maintain the infection that develops into TB.  Since this protein is present at very low levels in the blood, Hu’s assay uses an antibody specific for this protein to enrich it from other proteins in blood and a mass spectrometer to detect it with high sensitivity and accuracy.

Hu and his team used this test to screen stored blood samples collected from 284 HIV-infected and 235 children without the virus who participated in a large clinical trial conducted between 2004-2008. Hu’s group found their test identified children diagnosed with TB by the current gold-standard TB tests with 100% accuracy. The assay also detected 83.7% of TB cases that were missed by these tests, but that were later diagnosed by a standard checklist employing an array of other information collected by each child’s physician (unconfirmed TB cases). Hu’s test also detected CFP-10 in 77% of the blood samples that were collected 24 weeks before children were diagnosed with TB by other methods, indicating its strong potential for early TB diagnosis. The biomarker from some positive cases can be detected as early as 60 weeks before their TB diseases were confirmed.

The researchers are working to develop an inexpensive, portable instrument to read the test to allow it to be more easily used in resource-limited settings often encountered in areas where TB is prevalent.

Tony Hu explains how new screening technology has the potential to make a big difference in preventing children from dying from tuberculosis. Video by Carolyn Scofield.