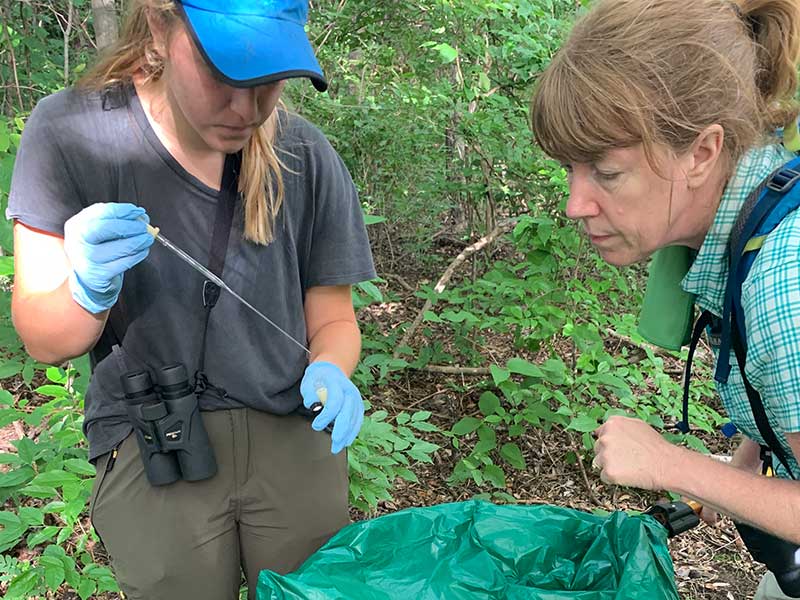 The term “alpha male” is tossed around in conversations so often that it casually describes a certain type of business executive.

In the forests of Costa Rica, the alpha males of wild white-faced capuchin monkeys don’t wear suits, but they do perform mergers and acquisitions, and possibly a few hostile takeovers.

Anthropology Professor Katharine Jack, associate dean for Research and Graduate Programs in the School of Liberal Arts, recently received a $565,000 grant to study the development of alpha male traits in the capuchins. Jack, the co-director of a primate research project in Costa Rica’s Santa Rosa National Park, studies male reproductive strategies and will explore which capuchins become the dominant male in a group and how their bodies change to suit the role.

Alpha male behavior in this species is well-documented: These males eat first, sire most offspring born in their group, and expend more time fighting off rivals than their subordinate male group mates. Alpha males look the part, too.

“When they become alpha, their appearance really changes — their faces get wider, their shoulders broaden — they bulk up,” Jack said. “These morphological changes are likely tied to their changing testosterone levels, which skyrocket in the months following their rise to alpha. With this new study, we're trying to identify the trigger leading to these morphological changes in the alphas and the mechanism stopping other males from undergoing these same changes.”

Jack and her colleagues think the answer lies in olfactory communication — the monkeys are picking up on subtle chemical cues from individual scents.

“Scientists are only beginning to dig into and understand olfactory communication and the impact that these chemical messages can have on behavior and, possibly, morphology. Ours is one of the first studies to examine the chemical composition of these olfactory signals and their role in male dominance interactions in wild primates.”

The fieldwork officially starts in November. For three years, Jack and members of her research team will follow about 120 monkeys, observe their behavior and collect urine samples. The team doesn’t interact with the monkeys at all, so they wait for the urine to drip down from tree branches, which Jack kiddingly describes as “very glamorous.”

From there, the researchers extract the odor particles from the urine to determine its chemical profile (composition) and will compare how this profile changes as males rise or fall from alpha status.

The grant will allow Jack to involve both undergraduate and graduate-level research assistants from Tulane, as well as interns from Universidad Nacional Costa Rica. Nelle Kulick, a Tulane student who in the fall will be pursuing a master’s degree in anthropology, had already worked with Jack as an undergraduate and has since received a prestigious National Science Foundation Graduate Research Fellowship of her own to support her data collection and other work related to this project.

Jack’s research will provide valuable insights about how primate social hierarchy works and add to the growing data indicating the importance of the sense of smell — even in humans. Jack attributes the success of this recent NSF application, in part, to her 2019 participation in the “Grant Writing Workshop” offered as part of the Faculty Development Program sponsored by the Office of the Provost.

This grant also provides crucial funds to enable the continuation of the Santa Rosa Primate Project – one of the longest continuous studies of wild primates. The long-term data collected by Jack and her collaborators provide critical data for understanding the impacts of forest protection and regeneration, as well as climate change, on primate populations. 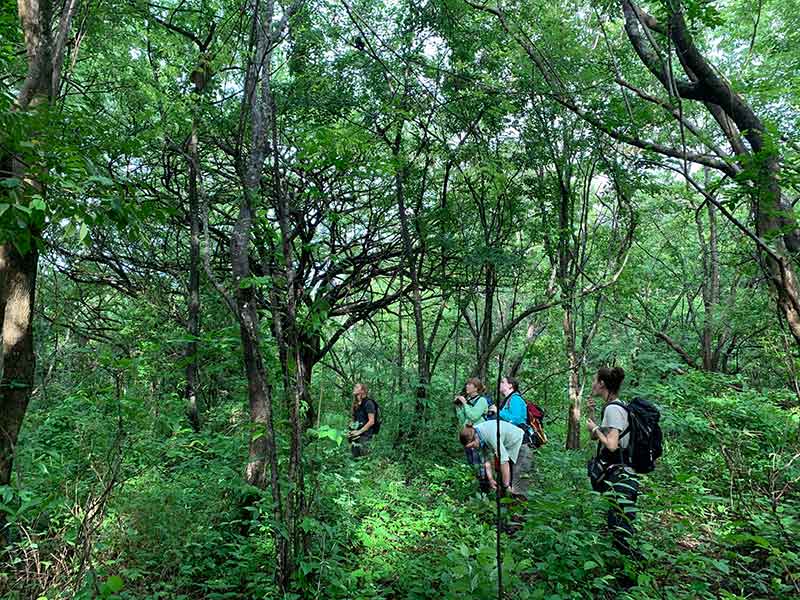 In Santa Rosa National Park in Costa Rica, Professor Kathy Jack (center, in green) and her research team observe the behavior of study groups of capuchin monkeys and collect urine specimens from the males in the groups. (Photo provided by Kathy Jack)