Paying it forward: A note to the new inhabitants 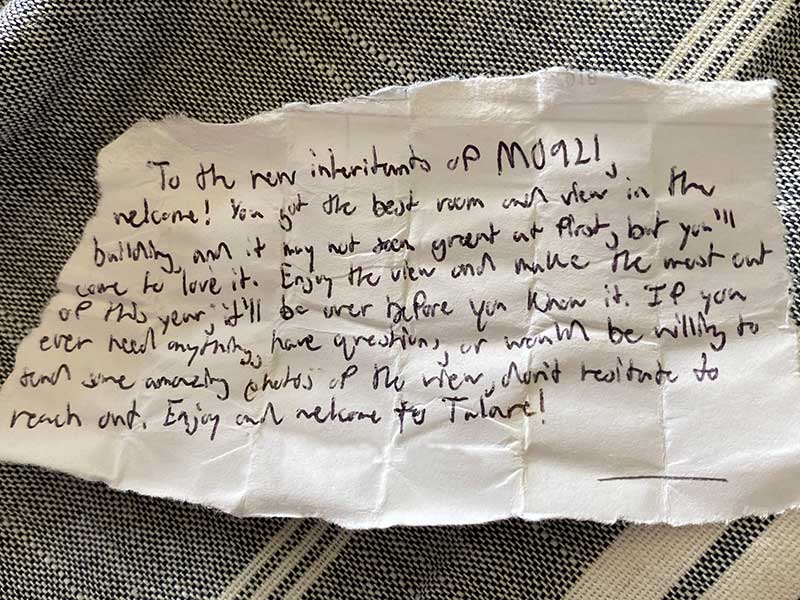 A note written by Tulane graduate Jonathan Gan was found in a hole in the wall of the residence hall room of Jack Harty and Nico Sabia. (Photo provided by Jack Harty) 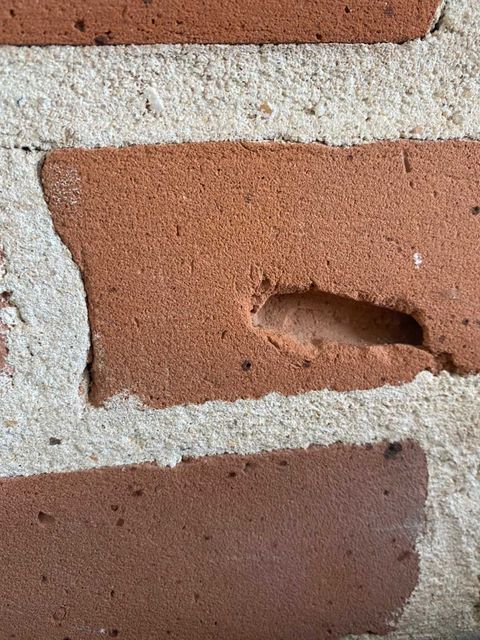 The note was found in a crevice in the wall in Monroe Residence Hall. (Photo provided by Jack Harty)

Moving to a university campus is a time full of excitement and nervous anticipation for first-year students just beginning their academic journey, and friendly words of encouragement are greatly appreciated. For new students Jack Harty, a Newport, California, native who plans to major in neuroscience and minor in public health and real estate, and Nico Sabia, from Northfield, Illinois, majoring in finance, this came from an unexpected source — a hole in the wall of their room in Monroe Residence Hall.

On the first evening in their new room, Harty was sitting on his bed trying to decide how to decorate when he noticed a little hole in the wall with what looked like a piece of paper sticking out of it. He used tweezers to extract the piece of paper from the hole. Harty and Sabia discovered that it was a note from a student who had occupied the room in 2018.

The note welcomed the new, unknown inhabitants of the room, advised them to savor every moment of their time as Tulane students and offered to answer any questions they might have.

“It was really cool reading the note. I was thinking, what are the odds that out of every single dorm at Tulane mine is the one with the note,” Harty recalls.

The note writer, Jonathan Gan, a 2021 Tulane graduate, included his phone number, and a text correspondence between the three ensued.

Gan, who studied marketing with minors in Spanish and public health, and also served as the medical captain for Tulane EMS, recalls his motivation for leaving the note and how the significance of this action has increased over the years.

“My freshman year I found a similar, smaller version of a note in my wall, the same place I placed this one. I decided to write this note as a bit of a pay-it-forward, and the meaning has grown since then. The purpose was to communicate that freshman year will be great, and even if at times it isn't, it'll all be okay and that you're not alone. I included my number to be a support system and someone to call on at any time. I was very fortunate to have a great support system throughout my time at Tulane and wanted to ensure the next generation of Tulanians had that as well.”

Gan, Harty and Sabia were amazed that the note had remained tucked away for so long without being found and were delighted that the discovery led to the interaction. The spirit of the Tulane moto “Not for oneself, but for one’s own” is exemplified by connections like these.