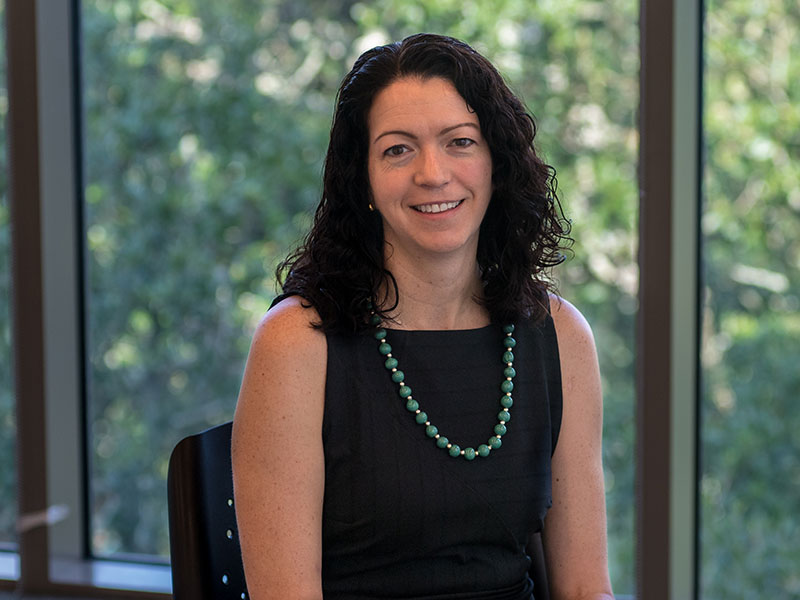 Carolyn Bayer is an assistant professor of biomedical engineering in the Tulane School of Science and Engineering. (Photo by Sally Asher)

Carolyn Bayer, an assistant professor of biomedical engineering at Tulane University School of Science and Engineering, is among 23 early career scientists to win funding for research to accelerate the development of the next generation of imaging technologies.

The funding, a total of $1.1 million, is being awarded as part of Scialog: Advancing Bioimaging, a new three-year initiative supported by the Research Corporation for Science Advancement, the Chan Zuckerberg Initiative and the Frederick Gardner Cottrell Foundation.

The 23 scientists make up 10 multidisciplinary research teams representing institutions across the United States and Canada. Bayer is on two of the teams and will receive $100,000.

Without the development of imaging tools to enable earlier detection (of pelvic organ prolapse) and to facilitate targeted interventions, women will continue to suffer long-term effects, with many undergoing ineffective surgeries."

In one study, she will team up with Sapun Parekh of the University of Texas and the Paris Perdikaris of the University of Pennsylvania to develop improvements in the diagnosis of early pelvic organ prolapse. The project’s long-term goal is to establish a multi-modal imaging platform assisted by machine learning algorithms to analyze soft tissue molecular composition, which predisposes women to pelvic organ prolapse.

“Ten percent of all women in the U.S. undergo surgical intervention for pelvic organ prolapse, yet this procedure fails 15 to 30 percent of the time due to mechanical incompatibilities and an insufficient understanding of the ever-changing soft tissue composition,” Bayer said.

Thus, there is an urgent need for imaging methods that can relate soft tissue composition/mechanics with probability of pelvic organ prolapse development to improve care for women affected by this condition.

In the other project, Bayer will be working with Allison Dennis of Boston University to develop imaging tools to better detect abnormal placental vascular development and remodeling that is a driver of preeclampsia, a serious blood pressure condition that can occur after the 20th week of pregnancy.

“While ultrasound imaging and Doppler ultrasound indicate placental size and blood flow through the larger maternal vessels supplying the placenta, they do not correlate well with the progression of preeclampsia,” Bayer said.

She said that while preclinical results are promising, there is a critical need for strategies to increase photoacoustic imaging to clinically-relevant imaging depths.

Scialog: Advancing BioImaging was designed to spark creativity and generate ideas for novel research projects by maximizing interactions among researchers from various imaging methods. During a meeting in May of 2021, participating researchers identified challenges and formed teams to propose cutting edge collaborative research projects that could enable major advances in bioimaging.

“Imaging technologies play a critical role in CZI’s mission to support the science and technology that will make it possible to cure, prevent or manage all disease by the end of the century,”