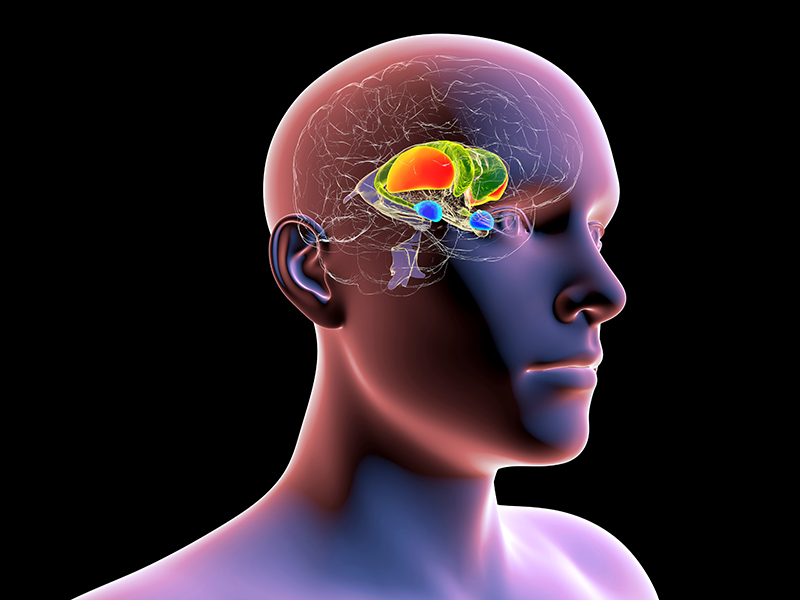 The emotional hub of the brain is the amygdala — colored in blue — and it is where fear memories are formed.

Experiencing a frightening event is likely something you’ll never forget. But why does it stay with you when other kinds of occurrences become increasingly difficult to recall with the passage of time?

In a nutshell, the researchers found that the stress neurotransmitter norepinephrine, also known as noradrenaline, facilitates fear processing in the brain by stimulating a certain population of inhibitory neurons in the amygdala to generate a repetitive bursting pattern of electrical discharges. This bursting pattern of electrical activity changes the frequency of brain wave oscillation in the amygdala from a resting state to an aroused state that promotes the formation of fear memories.

Published recently in Nature Communications, the research was led by Tulane cell and molecular biology professor Jeffrey Tasker, the Catherine and Hunter Pierson Chair in Neuroscience, and his PhD student Xin Fu.

Tasker used the example of an armed robbery. “If you are held up at gunpoint, your brain secretes a bunch of the stress neurotransmitter norepinephrine, akin to an adrenaline rush,” he said.

“This changes the electrical discharge pattern in specific circuits in your emotional brain, centered in the amygdala, which in turn transitions the brain to a state of heightened arousal that facilitates memory formation, fear memory, since it’s scary. This is the same process, we think, that goes awry in PTSD and makes it so you cannot forget traumatic experiences.”