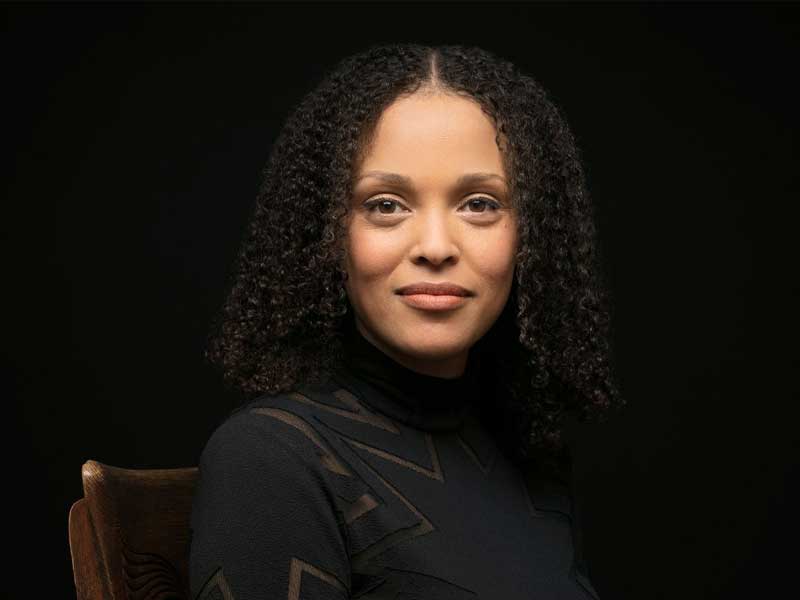 Jesmyn Ward, creative writing professor at Tulane University's School of Liberal Arts, has been announced as the recipient of the 2022 Library of Congress Prize for American Fiction. At 45, Ward is the youngest person to receive the library’s fiction award.

The annual Prize for American Fiction, one of the library’s most prestigious awards, honors an American literary writer whose body of work is distinguished not only for its mastery of the art but also for its originality of thought and imagination. The award seeks to commend strong, unique, enduring voices that — throughout consistently accomplished careers — have told readers something essential about the American experience.

“Jesmyn Ward’s literary vision continues to become more expansive and piercing, addressing urgent questions about racism and social injustice being voiced by Americans,” said Librarian of Congress Carla Hayden. “Jesmyn’s writing is precise yet magical, and I am pleased to recognize her contributions to literature with this prize.”

Hayden selected Ward as this year’s winner based on nominations from more than 60 distinguished literary figures, including former winners of the prize, acclaimed authors and literary critics from around the world. The virtual prize ceremony will take place at the 2022 National Book Festival on Sept. 3 in Washington, D.C.

Ward is one of only six writers to receive the National Book Award more than once and the only woman and Black American to do so. Ward was the recipient of a MacArthur Fellowship in 2017 and was the John and Renée Grisham Writer in Residence at the University of Mississippi for the 2010-2011 academic year. In 2018, she was named to Time Magazine’s list of 100 most influential people in the world.

Upon hearing the news, John Grisham, bestselling author and the 2009 recipient of the Library’s Creative Achievement Award for Fiction, said, “Few American writers are confronting race and social injustice with the clarity of Jesmyn Ward. And she does it with beautiful writing and unforgettable stories.”

The 2022 Library of Congress National Book Festival will take place Sept. 3 from 9 a.m. to 8 p.m. at the Walter E. Washington Convention Center in Washington, D.C. “Books Bring Us Together” is the theme for this year’s festival, which is free and open to everyone. This will be the first time the festival has resumed in person since 2019. A selection of programs will be livestreamed and recordings of all presentations can be viewed online following the festival.

For more information on the prize, including previous winners, visit https://www.loc.gov/programs/poetry-and-literature/prizes/fiction-prize/.