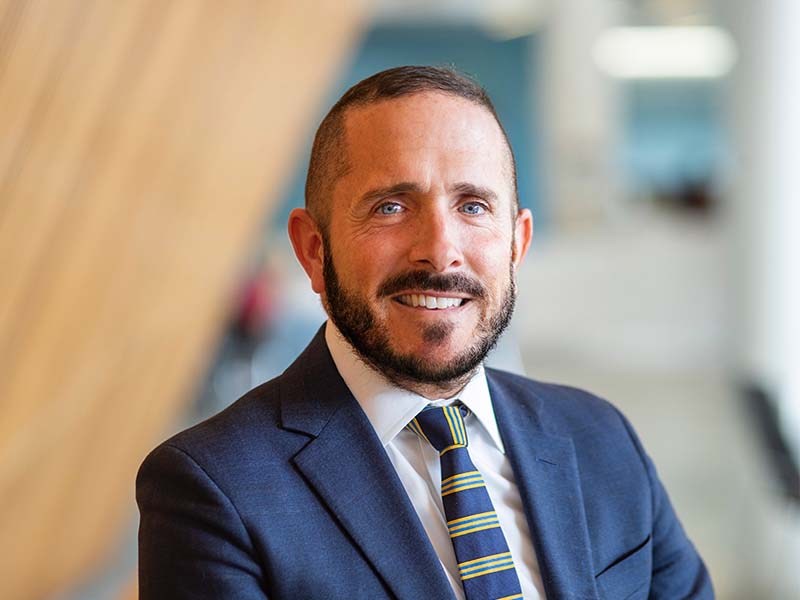 A veteran leader in college admissions, Shawn Abbott will begin his appointment as Tulane’s new vice president for enrollment management and dean of admission effective Sept. 6. (Photo by Ryan Brandenberg)

Abbott, who is currently the vice provost for admissions, financial aid and enrollment management at Temple University, promises to continue Tulane’s success in attracting the nation’s and world’s highest achieving students.

“Building the future of Tulane by attracting the best and brightest students from Louisiana, the nation and the world and supporting their success is a central goal of our university,” Tulane President Michael A. Fitts said. “The search committee was unanimous in their opinion that Shawn is the best person to achieve these goals, possessing the experience and passion to grow Tulane’s admissions and create classes that will have a profound impact at Tulane and beyond while also increasing access for students from all backgrounds.”

“I could not be more excited to come to Tulane. It’s always hard to leave a university and a city you love, but the allure of Tulane and New Orleans is too strong.”

“He has been enormously successful at each stage of his career and is well-known for his smart, strategic, collaborative approach to enrollment management. And throughout our selection process, Shawn showed a nuanced understanding of the opportunities and challenges facing Tulane and impressed everyone who met with him. I am very much looking forward to starting our work together,” Forman said.

Abbott has served in his current role at Temple since 2018. From 2010 to 2018, he was the assistant vice president and dean of admissions at New York University. During his time at NYU, the university attracted the largest applicant pool in the history of private American higher education.

“I could not be more excited to come to Tulane. It’s always hard to leave a university and a city you love, but the allure of Tulane and New Orleans is too strong.” Abbott said. “My goal is to continue to attract the most academically qualified students to Tulane while also helping move the needle when it comes to ethnic, socio-economic and international diversity on campus, as there is nothing more thrilling to me than improving access to universities that haven’t always been the most obvious destination for underrepresented students.”

Abbott is a consultant for the U.S. Department of State's Office of Overseas Schools. He visits schools in the Middle East, North Africa and South Asia, educating families and counselors on American colleges and universities' admission and financial aid processes.

A first-generation college student, Abbott is a graduate of the University of New Hampshire and the University of South Carolina. He also holds a Doctor of Education degree in higher education administration with a focus in urban studies from Columbia University, where he studied the architectural, economic, physical and social impact of urban colleges and universities on American cities.