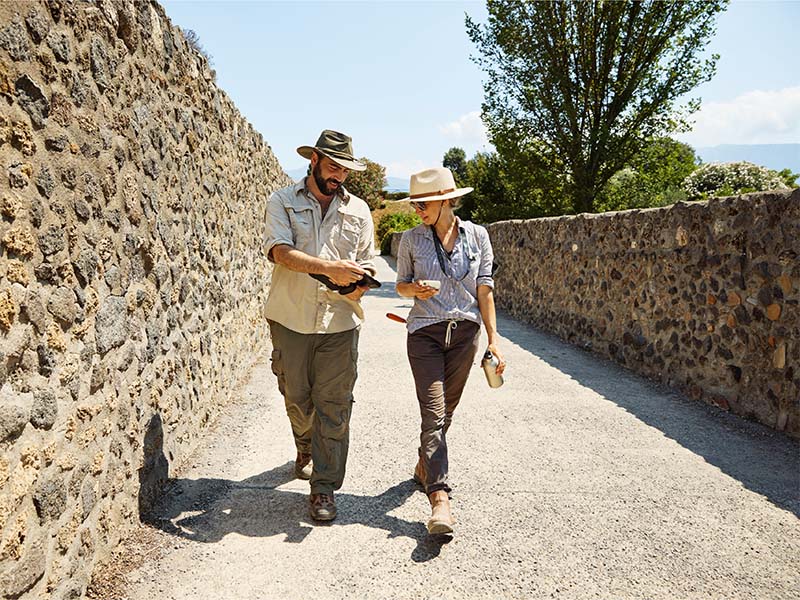 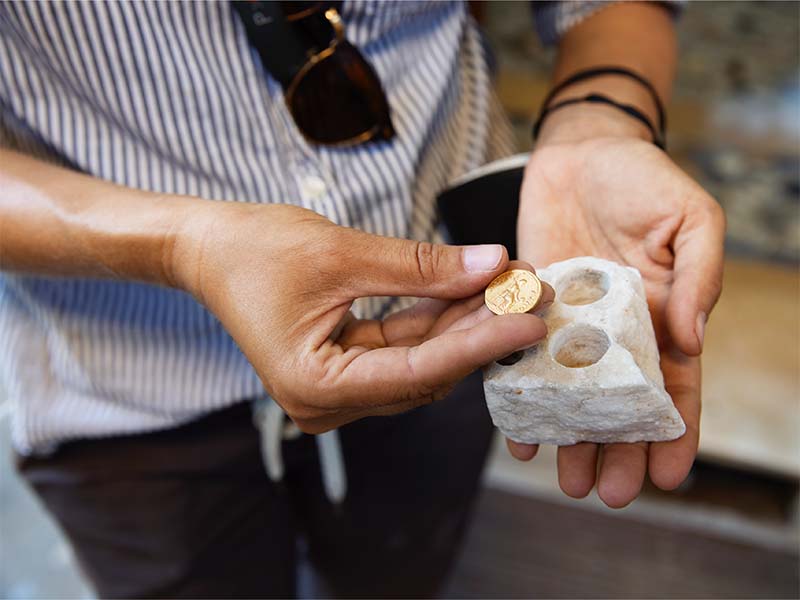 When it comes to uncovering long-buried secrets of the past, Tulane archeologists are finding new ways to revolutionize the field with the latest tools of the future.

Apple, one of the country’s leading innovators, recently spotlighted the pioneering work of Tulane School of Liberal Arts professor Allison Emmerson, PhD, and the Tulane University Pompeii I.14 Project, a collaborative excavation of the ancient Roman city destroyed by the eruption of Mt. Vesuvius in 79 A.D.

Emmerson’s work focuses on ancient Roman communities that have largely been excluded from study, such as women, the poor and the enslaved. The project combines the highest standard in stratigraphic excavation with innovative technologies to not only illuminate one corner of an ancient city but build an understanding of how ancient cities functioned both within and beyond their fortification walls.

“That’s one of the reasons why this technology is so vital — it lets us show exactly what we did and exactly what we found — because it’s incredibly important to me to live up to the responsibility of excavating a site like this and telling the stories of the people who lived here,” said Emmerson, associate professor in the Department of Classical Studies.

One of the dig’s most revealing clues was the discovery of an incredibly rare aureus, a gold coin commissioned by Emperor Augustus in the final year of his life, which dates it to the year 13 or the first part of 14 C.E. The coin and all notable artifacts found were collected by the digital team for 3D scans. Those scans, along with the rest of the information gathered on the dig, were then aggregated to create an interactive database of the site that anyone will eventually be able to access online so that they can essentially re-excavate it digitally — a pioneering development in the field.

The building they were excavating was once thought to be a house, but researchers now suspect it was a restaurant. Based on the coin and other artifacts found during the dig, the team believes the building is from the middle of the first century C.E., later than initially thought. Improvements to the dining areas were also noted, leading Emmerson to believe that Pompeii was not a city in decline at the time of the eruption — but a thriving city.

“Allison and her team are pushing the boundaries of our understanding of not only Pompeii, but also of marginalized spaces and communities within the classical system,” said Brian T. Edwards, dean of Tulane’s School of Liberal Arts. “That she is using the very newest digital technology to help understand one of the oldest cities is incredibly exciting.”

To read the full story and see photos from the archeological site, click the following link here.