Louisiana's Oil Future Not So Bleak

While drivers nationwide revel in lower gasoline prices, many in Louisiana are anxiously watching the cost of oil fall to its lowest levels in 18 months. In a state whose economy has for more than a half-century been closely linked to the petroleum industry, prosperity has been measured by the barrel, and some fear that as oil goes, so goes Louisiana. 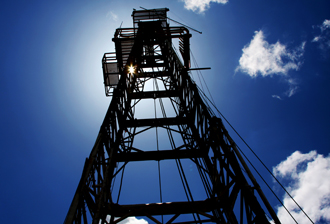 It's a fear that is largely unfounded, says Eric Smith, associate director of the Tulane Energy Institute, affiliated with the A. B. Freeman School of Business and the School of Science and Engineering.

“I think there will be a hit to the state,” he says. “Oil and gas royalties and taxes represent about 20 percent of the state's budget, but bear in mind that the Louisiana economy is always out of step with the rest of the country. We can do well when other, more conventional economies are doing poorly.”

Smith does not believe the sharp downturn in oil prices will have a major effect on the state's annual budget, but suggests it may limit some of the ad hoc spending that pops up year to year. He is relatively optimistic about the future of the offshore oil industry in the state.

“I don't expect to see too many bumps in the road for deep-water oil,” Smith says. “The major oil companies can afford to ride this out and maintain their project schedules.”

While he sees the current low prices as the exception rather than the rule, Smith is not ready to say the prices have hit bottom yet. That said, he predicts oil prices will rebound along with the economy. 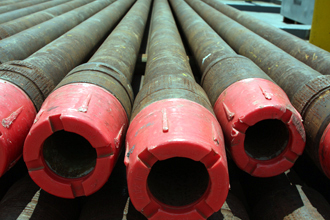 A stack of drilling pipe is ready for use by Louisiana's oil industry.

“I don't know if we've seen the bottom yet. What we've seen is an unreasonable $147 a barrel and what I would perceive as an unreasonable $63 a barrel,” Smith says. “It's volatility that is setting the prices, and it is unrealistic to assume that either one will last for very long.”

Despite the bleak predictions by some state economists, Smith sees positive indicators for the state's oil and gas industry, including the Haynesville Shale Play, a large natural gas field near Shreveport, La., that is beginning to produce.

“Basically the bright story for Louisiana is the Haynesville Shale,” Smith says. “That's a lot of gas. It's a farming operation. There is little risk of not finding the gas. The remaining risk involves execution.”

In addition to Haynesville, there are other signs that Louisiana will continue to be a major player in the nation's energy infrastructure.

“Downstream, you are also seeing some refinery expansions start to come on line,” Smith says. “Louisiana and Texas refineries represent the bulk of the domestic capacity to handle heavy crudes. So you could have a situation where there is low production, but Louisiana refineries continue to run flat-out because they can handle the heavy, lower-quality crudes.”

There also has been speculation across the state that an Obama presidency will mean a move away from oil and gas, toward alternative energy. A Democratic administration may give additional attention to renewable energy, but not to the extent of undermining the petroleum industry, says Smith, who adds that an all-inclusive approach to energy policy is on the ascendency.

“I think a big change for the good is that now the policy du jour is to do what you can to develop renewable fuels but also produce all of the oil and gas you can find  and do it quickly.”

A focus on renewable energy sources could even benefit the state, says Smith, who offers as an example a type of algae that efficiently produces a high-quality biodiesel fuel.

“You can grow this algae in rice ponds, and we have a lot of low, swampy land in Louisiana,” Smith says. “This is something that is just in the early stages, but it is something that could be uniquely beneficial to south Louisiana. Best of all, the algae thrives on carbon dioxide, something we would like to limit in the environment.”