The Tulane Journal of Law and Sexuality will feature national experts on the rights of same-sex couples at a symposium on Feb. 13 exploring how state initiatives to ban gay marriage are having a broader impact on the lives of unmarried couples across the country. 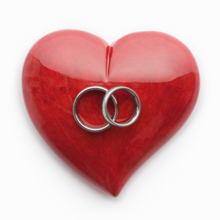 Issues surrounding state initiatives to ban gay marriage will be up for discussion at a seminar on Feb. 13 at Tulane Law School. (Photo by Gary S. Chapman, Getty Images)

“Beyond Marriage: Broader Implications and Unforeseen Consequences of State Defense of Marriage Acts” will present talks by local experts as well as two professors who have written books on the subject.

The symposium, scheduled for 8 a.m. to 4:15 p.m. on Feb. 13 at Tulane University Law School, 6329 Freret St., is free and open to the public. Legal professionals seeking continuing educating credits for the program must pay $295 and those employed by government agencies or the judiciary pay $100.

Same-sex marriage bans such as California's Proposition 8 currently are on the books in 45 of the 50 states, including Louisiana. Congress passed a similar federal statute called the Defense of Marriage Act in 1996.

The disparity between state laws on the matter creates unique challenges for gay couples setting up wills, healthcare coverage, property rights and other contracts beyond those typically associated with domestic partnerships, says third-year law student Scott Bodkin, who is senior symposium editor for the Tulane Journal of Law and Sexuality.

“Because we have states that do allow same-sex marriage and some that do not, that creates a whole lot of headaches, especially for corporate America,” Bodkin says. “If you have an employee who is married in a state that recognizes same-sex marriage, what happens if you move them to Louisiana?”

Massachusetts and Connecticut are the only states where same-sex marriage is legal, although several states have civil union statutes. Some state marriage bans also don't recognize civil unions.

Speakers will talk about ways lawyers can advise same-sex couples in navigating the different rules across state lines. They also will discuss how different state courts have expanded or restricted the legal interpretations of each ban.

For example, some residents unsuccessfully sued the city of New Orleans to prohibit it from providing healthcare benefits to same-sex couples. A similar case in Michigan went the other way and that state's government was forced to rescind domestic partnership benefits to same-sex couples. “The decision jeopardized or eliminated the healthcare benefits of hundreds of gay and lesbian couples and their children, including many suffering from medical disabilities,” says Jeff Malfatti, editor of the Tulane journal.

The state laws also have been cited in seemingly unrelated cases. For example, the Ohio marriage ban was cited by criminal defendants in domestic abuse cases. They cited the law as invalidating domestic violence statutes because those laws recognized a legal status among unmarried individuals. The Ohio Supreme Court later struck down those claims.