Last fall, the River Road Historical Society published a handsome coffee table book that takes a historical look at one of the oldest plantations in the Mississippi River Valley. Destrehan: the Man, the House, the Legacy took two years to compile and produce, but for co-author and architecture professor Eugene Cizek, it is a book that was nearly 30 years in the making. 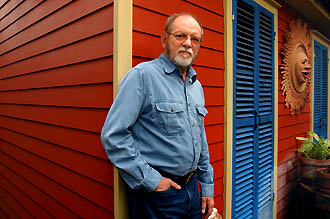 It was 1982 that the board of the historical society asked Cizek to draw up a report to document the history and existing condition of the property, which is located a half-mile from the Hale Boggs Bridge on Highway 48 (River Road), eight miles from the New Orleans International Airport.

“Thus began my love affair with Destrehan,” says Cizek, who holds the Richard Koch Chair in Architecture at Tulane.

According to Cizek, the challenge of restoring the grand old structure was that “it had everything that old houses have done to them  except destruction.”

Meaning the house, which was built in 1790, had over the centuries undergone numerous revisions and alterations, some of which undermined the structure's integrity and aesthetic. In the 14 years before the property was donated to the historical society, it remained unoccupied, or nearly so.

Cizek, who has taught preservation courses at Tulane since 1970, has supervised the restoration of the plantation that remains ongoing. 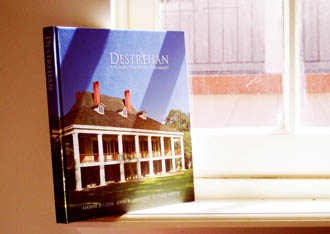 Eugene Cizek is co-author of this recent book about Destrehan Plantation that took two years to compile and produce. (Photo by Nick Marinello)

Destrehan  the book  is structured around two essays. Cizek contributed a piece that traces the history of the house, while John Lawrence, director of museum programs at the Historic New Orleans Collection, writes on the Destrehan family as well as others who occupied the house during its 220-year history. Photographer Richard Sexton contributed images of the house and grounds.

Cizek, who last year received the Historic Preservation Fund Award from the Louisiana Division of Historic Preservation, says that the most surprising thing he learned from his research into the plantation's history is how it was used. “We have records written by visitors during several points in history that say that the house is beautiful, but it is a working house,” says Cizek.

The women had a particularly active role in that work, says Cizek, noting an account by Pierre Clement de Laussat, the last French colonial governor who during his brief time in Louisiana had a stay at Destrehan.

“He recounts how the day started out cool but had gotten hot and the family women are outside butchering hogs,” says Cizek. “You realize that the 'moonlight and magnolia' image is not apt.”