From the classroom to the dugout 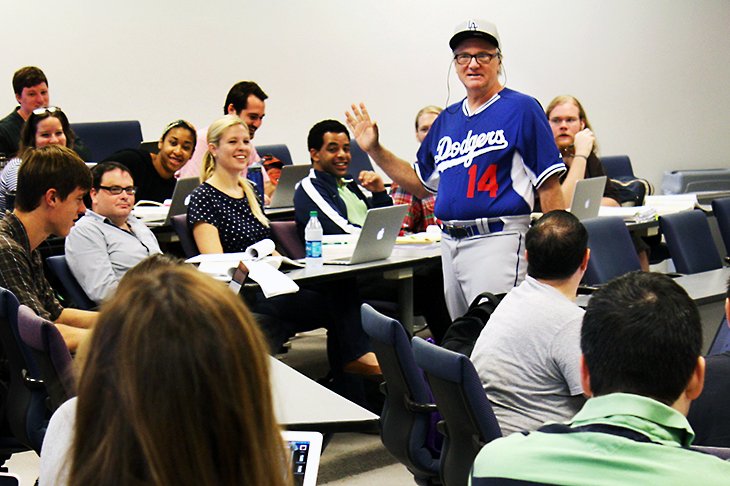 When Los Angeles hosts St. Louis on Friday (Oct. 3) in the first round of the Major League Baseball playoffs, Tulane Law School professor Joel Friedman will be cheering louder than anyone for the Los Angeles Dodgers, but he"s already gotten to live the dream this season.

&#x201c;I thought it would be incredibly fun. It was a million times more than that.&#x201d;&mdash;Professor Joel Friedman

Friedman drew on his 38 years of classroom experience to share techniques with coaches and managers who are former players.

“They would ask, "How can I get through to this 18-year-old kid who thinks he knows everything or whose dad has coached him and he only listens to his dad?"”

Among other things, Friedman instructed the coaches in the difference between passive and active learning. As a result, instead of just lecturing at players, the coaches started asking questions of them.

He also “spent a lot of time talking to players and telling them why it"s important to act like professionals and listen to their coaches,” Friedman said.

“I thought it would be incredibly fun. It was a million times more than that,” said Friedman, a Brooklyn native and lifelong Dodgers fan.

Lombardi, whose Kings won the Stanley Cup in 2014 and 2012, brought his coaches to the law school to visit classes and talk with students about applying legal training to coaching and the sports management field.

Friedman worked with the Kings" coaches on communication, and that led to the Dodgers assignment. Friedman is scheduled to teach minor league managers and coaches at a new academy the Dodgers plan to start in January.

Linda P. Campbell is director of communications for the Tulane Law School.