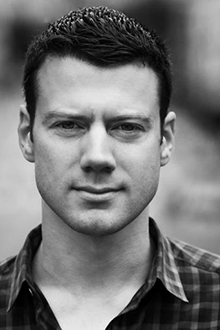 Tulane 2010 grad Thomas McAfee, co-founder of Distinc.tt, one of the largest, most active networks of LGBT youth, is one of those honored on the Forbes “30 Under 30” list.

When Thomas McAfee, a 2010 graduate of Tulane University, learned that he had made the Forbes “30 Under 30” list, it took a while for the honor to sink in.  “It’s a testament to the fact that you don’t have to fit the mold to succeed,” says McAfee [in the Consumer Tech sector]. “I grew up in rural Tennessee and never expected to start my own company, let alone be on a national ‘30 Under 30’ list.” McAfee is co-founder and president of Distinc.tt, one of the largest, most active networks of LGBT youth. He is one of at least five Tulane graduates to make the 2016 list, described by Forbes as “600 of the brightest young entrepreneurs, breakout talents and change agents in 20 different sectors.”  Other Tulane alumni on the list are Alex Reed [Manufacturing & Industry sector], 29, co-founder of Advanced Polymer Monitoring Technologies, Inc.; Eric Lavin [Education sector], 28, founder of Aspen Ventures, which connects social entrepreneurs with Aspen Institute resources; Anoop Jain [Social Entrepreneurs sector], 29, founding director of Sanitation and Health Rights in India; and Jared Finegold [Marketing & Advertising], 28, mobile app strategist for Royal Caribbean International.  McAfee, 29, who holds a bachelor’s degree in political science, started Distinc.tt in 2014 as a way for gay youth to safely connect with one another, express themselves and explore their identity. The Wall Street Journal described it as the “the gay app you can bring home to mom,” while the Huffington Post called it “clean, social and fun.” “As an invisible minority, gay people have to rely on technology to connect and find community, and there’s no better feeling than seeing something you created adding value and joy to peoples' lives,” McAfee says.  “As I move forward, I plan on devoting more time towards helping other entrepreneurs. I wouldn’t be where I am today had others not taken the time to offer guidance, so it’s important for me to pay it forward.”