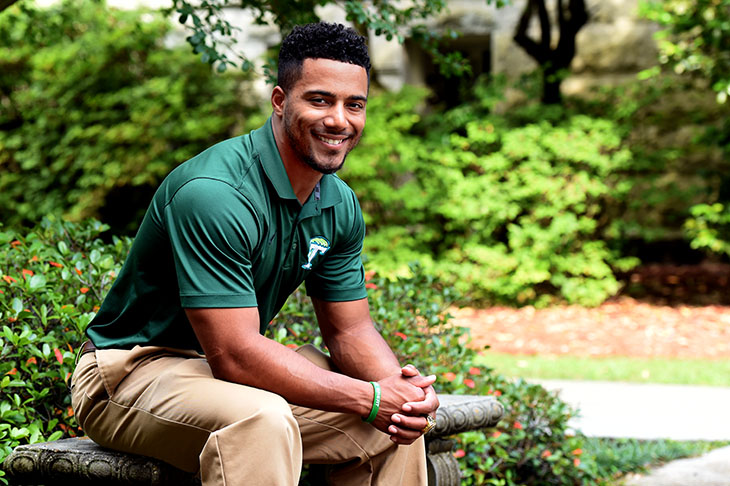 Senior Richard Carthon, who graduates from Tulane on May 14, may be heading to law school but could have a chance for a baseball career. (Photos by Parker Waters)

For most high school athletes, playing a college sport is only a dream, and playing two is out of the question. For senior Richard Carthon, however, this has been his reality since he came to New Orleans in the fall of 2012.

“I think I’m leaving a legacy behind of being an example of what a true student-athlete is by being active in the Tulane community while maintaining a solid reputation within athletics,” Carthon said. “Being a dual-sport athlete is extremely challenging, but if you do it the right way, you can get it done.”

On the baseball diamond, Carthon has been an integral part of the Green Wave’s recent success. The senior sits in a three-way tie for third place on Tulane’s all-time list with 11 triples and is known for his speed around the base paths.

“Tulane’s done a really good job of helping me on my journey, of molding me into the man that I want to be.”

Last May, he helped Tulane baseball return to the NCAA Regional field for the first time since 2008. On the playoff weekend, Carthon went 5-for-9 and earned a spot on the Baton Rouge Regional All-Tournament Team.

Carthon, a Shreveport, Louisiana, native, also played three seasons with Tulane’s footballsquad, and was a member of the 2013 team that saw the Green Wave to its first bowl appearance in over a decade.

Additionally, Carthon has been a star player off the field. As a double major in the A. B. Freeman School of Business who graduates at Tulane Unified Commencement on May 14, he is heavily involved in the academic scene and was recently accepted to law school. But if opportunity knocks for a career in baseball, it would be hard to pass up. For now, the senior is focusing on wrapping up his final semester.

“It’s always humbling to get to the end of a journey and see how you’ve progressed either as a person or athlete,” Carthon reflects. “Tulane’s done a really good job of helping me on my journey, of molding me into the man that I want to be." 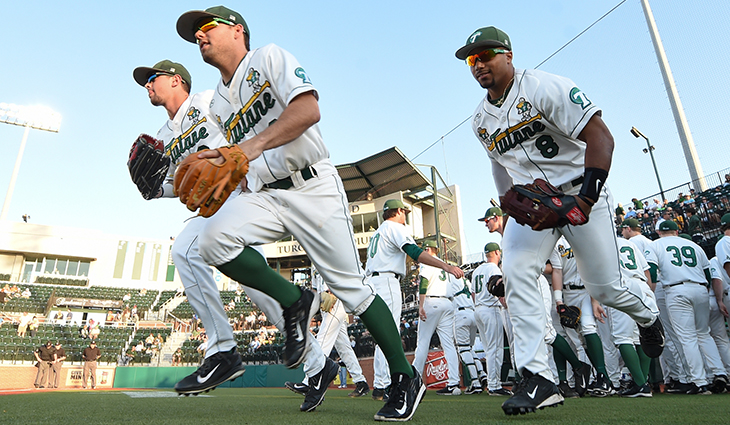 Senior Richard Carthon, right, No. 8, takes the field with the Tulane baseball team at Greer Field at Turchin Stadium. He played both baseball and football for the Green Wave.