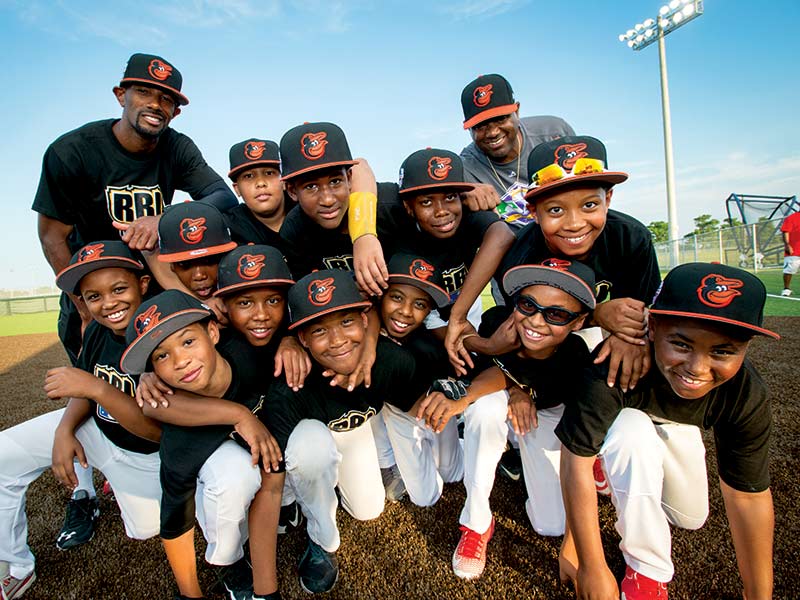 Mock salary arbitrations were hashed out in the bowels of Wesley Barrow Stadium, a gleaming youth baseball complex near the New Orleans lakefront.  The negotiators were not professionals or even college-aged business students — they were teen participants in a program that teaches the art of business through baseball.

“It’s fun to negotiate. But it’s challenging to make sure the client gets what he wants and finding that middle ground,” said 13 year old Alfred Ripoll IV. “When we are arbitrating salaries, we compare almost every statistic—batting average, hits, RBIs, strikeouts, stolen bases—with other players to find out what their salaries should be.”

Alfred is one of the initial members of a new partnership between the Tulane Sports Law Program and Major League Baseball’s New Orleans Urban Youth Academy, where local youngsters ages 13 to 18 learn the business side of baseball—the boardrooms where CEOs manage salary caps and player salaries are negotiated—under the guidance of Tulane law professor Gabe Feldman, who created the curriculum for the once-a-week class and brought in one of his law students and other guests like a sports agent to teach the kids.

“The fundamental part is to use baseball and the baseball industry to help these kids succeed in ways they never knew were possible.”

“The idea is to give kids in the Greater New Orleans area an opportunity to understand the potential career options in baseball and the sports industry off of the field, and open their eyes to the thousands of different jobs that are possibilities and give them the skills to pursue these jobs,” said Feldman. “The fundamental part is to use baseball and the baseball industry to help these kids succeed in ways they never knew were possible.”

The partnership is the brainchild of local baseball legend Eddie Davis who runs the New Orleans chapter of the Urban Youth Academy, an initiative by Major League Baseball to promote and revitalize the game in urban areas across America.

Davis said the next logical step was to add the sports law and management component, so he approached Feldman about creating a partnership with a goal of teaching youngsters about the career opportunities inside Major League Baseball but outside of playing on the diamond.

Even if it is make-believe, Davis said, the youngsters take the experience and the process very seriously, and the plan is to expand the number of students for the next session in the fall.

Fielding Dreams appeared first in the June 2016 issue of Tulane magazine. It will be shared via New Wave as a three-part series. Look for Part II on Monday (July 11) or read the full article in PDF form here.