The More You NOLA: Off the wall 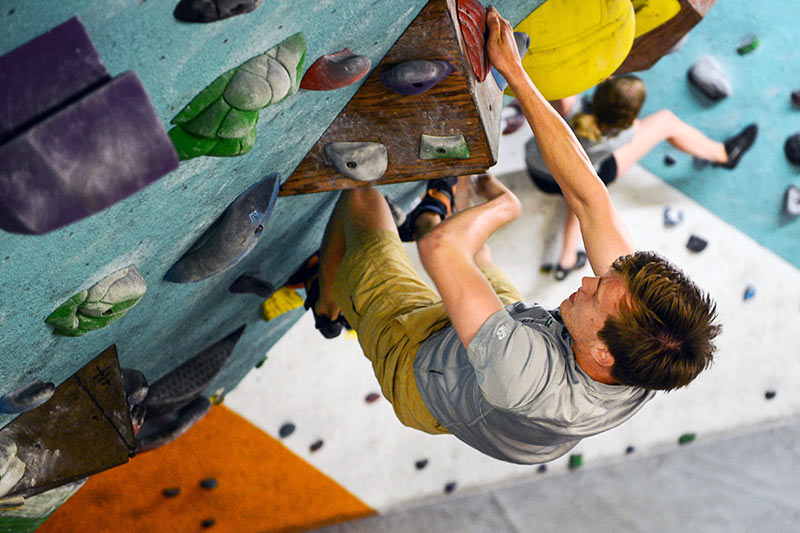 Since opening in August 2015, New Orleans Boulder Lounge (1746 Tchoupitoulas St.) has resurrected local rock-climbing. The indoor facility is the city’s first climbing destination since Climb Max closed its doors on Canal Boulevard more than 10 years ago.

The fitness complex is housed in the historic Cotton Press Building, originally built between 1880 and 1890.

“We wanted to create something good for you with good people.”

“It took three years to get the project off the ground,” said general manager Garret Mortensen, who has been an avid rock climber since 2008.

When creating the space, Mortensen and company aimed to welcome visitors to a fitness-focused environment while building a local climbing community.

“Eli is passionate about promoting a community space, a physical and productive outlet. We wanted to create something good for you with good people —  that was the intention,” said Mortensen.

The space’s moniker reflects its 2,500 square feet of walls designed for bouldering, a type of climbing typically done under heights of 20 feet and not requiring harnesses or ropes.

Focusing on bouldering made the space more accessible for climbers of all ages and experience levels.

“High ceilings are also required for other kinds of climbing, which are difficult to come by in New Orleans,” said Mortensen.

In addition to scaling the walls, patrons can also take daily yoga classes or snack on baked goods prepared by Breads on Oak (8640 Oak St.) in the venue’s cafe and lounge area.