It’s all an illusion 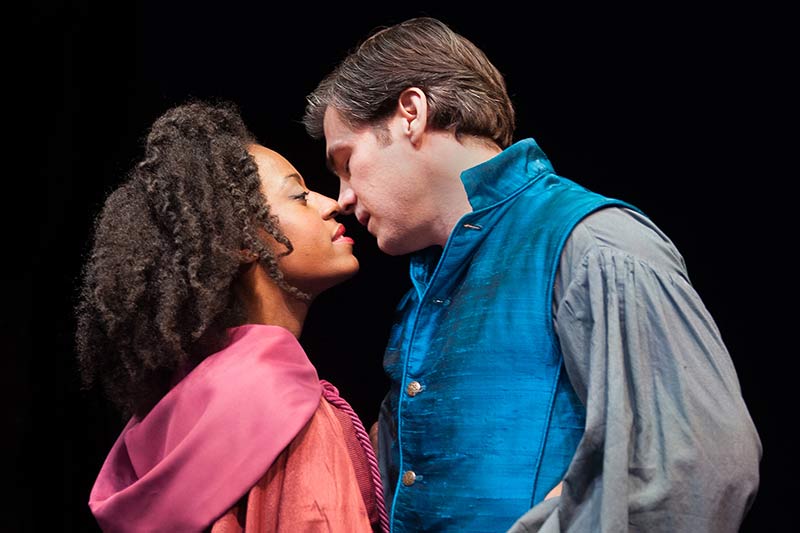 Devyn Tyler as Hippolyta, left, and Michael A. Newcomer as Theogenes in the New Orleans Shakespeare Festival's final production of the year. (Photo by John Barrois)

The New Orleans Shakespeare Festival at Tulane will close its 2016 season with Tony Kushner’s adaptation of Pierre Corneille’s baroque masterpiece L’Illusion Comique. This production features the work of an impressive team of Louisiana-born professional artists – including one of the world’s most celebrated playwrights.

Pridamant, in search of his estranged son, desperately seeks the help of a mysterious sorcerer. But Pridamant is not prepared for what the old hermit reveals. Both hilarious and moving, The Illusion will have audiences enthralled until the very end.

“Like most Shakespeare Festivals, we are committed to presenting classical works of all types to our patrons, and this play is a perfect addition to our season,” said Clare Moncrief, managing director.

Tony Kushner, born in New York City and raised in Lake Charles, Louisiana, is best known for his two-part epic Angels In America. Kushner was nominated for an Academy Award and has won a Pulitzer Prize for Drama, an Emmy Award, two Tony Awards, three Obie Awards, an Arts Award from the American Academy of Arts and Letters, and the 2015 Lifetime Achievement in the American Theater Award among others.

The Illusion runs from Saturday (July 23) through Saturday (Aug. 6) in the Lupin Theater on the uptown campus.

General admission tickets are $30. Discounts are available for students, seniors, and Tulane employees.