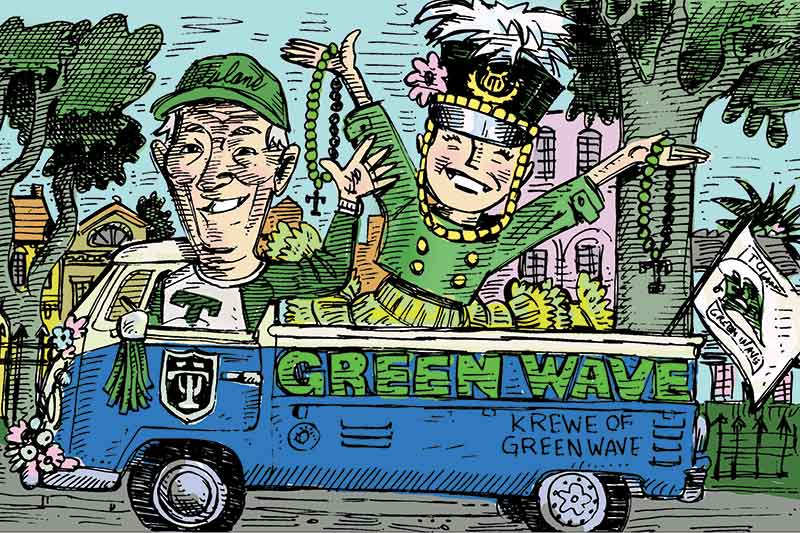 Eight years ago, Patrick Maguire offered to lend his 1961 Volkswagen Transporter to help the Tulane marching band carry performance necessities including granola bars, a first aid kit and lots of water. Today the “VW” can still be seen leading the pre-game tailgating procession from the Lavin-Bernick Center to Yulman Stadium and trailing the marching band on Mardi Gras.

Barry Spanier, director of bands at Tulane is reaching out to the Tulane community with hopes of assembling Krewe du VW, a team of six people who will help with the upkeep of the all-electric truck housed on the uptown campus.

“This group of  volunteers will be responsible for keeping the truck charged, driving it around campus once every two weeks to keep the engine clean and to mind the truck during football season and Mardi Gras,” said Spanier.

Fun fact: The Tulane VW truck was converted from gasoline to all-electric by owner Patrick Maguire. It can travel 20 miles on a full charge.

To keep from overworking the Krewe du VW Spanier plans to alternate each member’s time on duty. The proposed schedule makes each person responsible for the truck only two months out of the year.

To qualify for a spot in the crew, you should:

To apply for the team send an email to Barry Spanier at bspanier@tulane.edu using the subject line “Krewe du VW.” 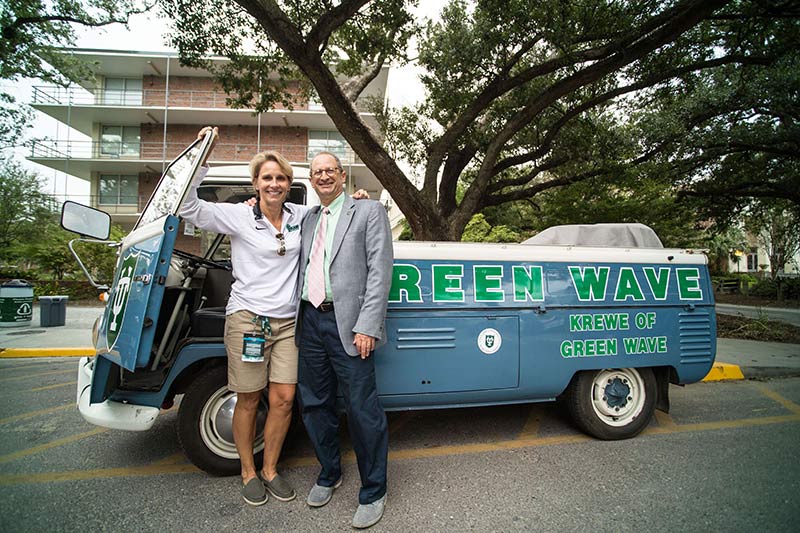