A great man. A better friend. 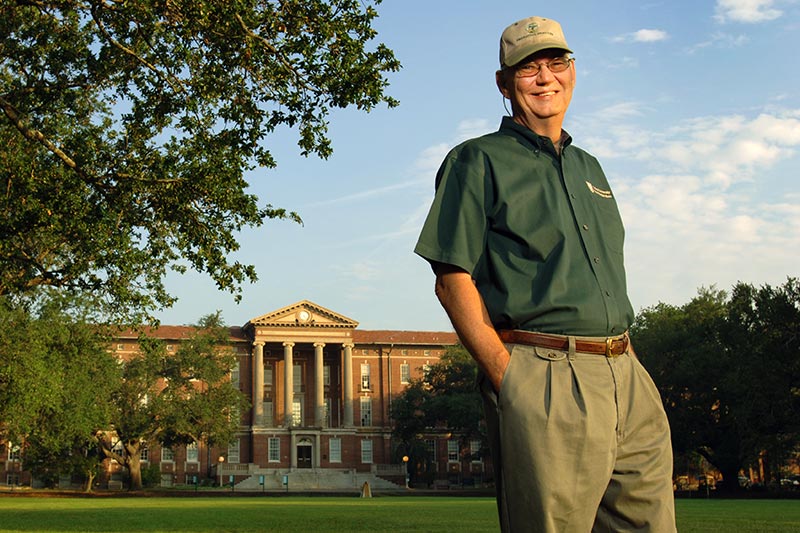 Thomas “Tom” Armitage retired from Tulane as grounds supervisor in 2014. He passed away Saturday (Oct. 15) leaving many at the university to recall the impact he had on their lives. (Photo by Paula Burch-Celentano)

Thomas McWaters Armitage retired in 2014 from his 34-year career as grounds superintendent at Tulane University with a goal to “eradicate all of the blue crabs from Lake Pontchartrain.”

While it remains unclear just how successful Armitage was in that endeavor before his death on Saturday (Oct. 15), it is known that his impact on the university’s landscape will forever be a part of the university’s history and recovery in the years following Hurricane Katrina.

Under his leadership, Tulane has consistently ranked among the nation’s best universities for the lengths it goes to care for and protect the historic live oaks that grace the uptown campus. It is no exaggeration to say that Armitage knew every tree, shrub and flower bed that exists at Tulane.

“Many people go through their life and never have a friend like I have had for 30 years. A great man and a better friend.”

A 2007 Tulanian magazine article chronicling the days, weeks and months following Hurricane Katrina documents Armitage’s dedication during what was likely the biggest challenge of his career. It reads:

Sept. 19, 2005 — Armitage wiped the sweat away and began to walk the campus he’d covered so many times before, taking mental inventory. What survived, what died, what was imperiled but might be saved. He took a deep breath, and began to plan.

A look around campus in 2016 shows evidence of his success.

“Tom always took the time out of his hectic day to share with me his vast knowledge of horticulture, grounds maintenance and enjoyed doing so,” said Case. “But his huge heart and the way he truly cared for people is what I’ll remember most, loved about him and can only hope to emulate.”

Mizell, who says he was introduced to Armitage 30 years ago, describes the positive impact Armitage had on both the private and professional aspects of his life.

“Tom was always there for me, no questions asked and no strings attached. It's just what true friends do,” said Mizell. “Many people go through their life and never have a friend like I have had for 30 years. A great man and a better friend.”

Visitation for friends and family of Armitage begins at 10 a.m. Saturday (Oct. 22) at the Episcopal Chapel of the Holy Spirit located at 1100 Broadway. The service begins at 11 a.m. and will be followed by a reception at noon on the Newcomb Plaza. 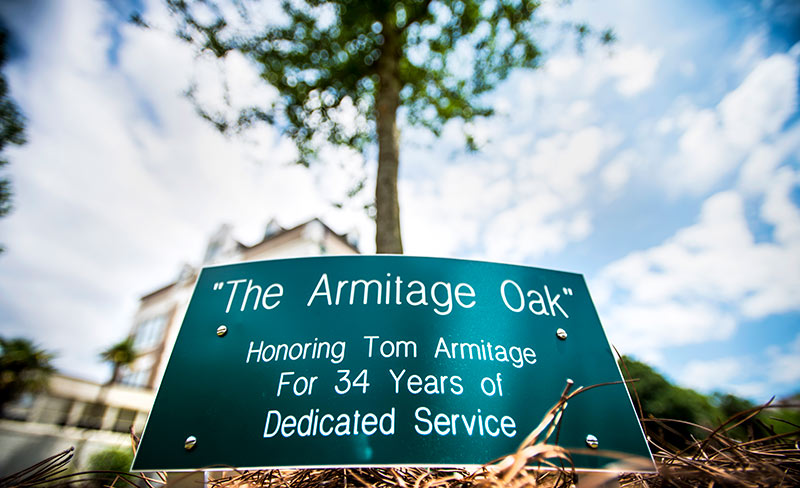 Tulane University presented superintendent of grounds Tom Armitage with a live oak named for him during a retirement party held on the uptown campus May 29, 2014.