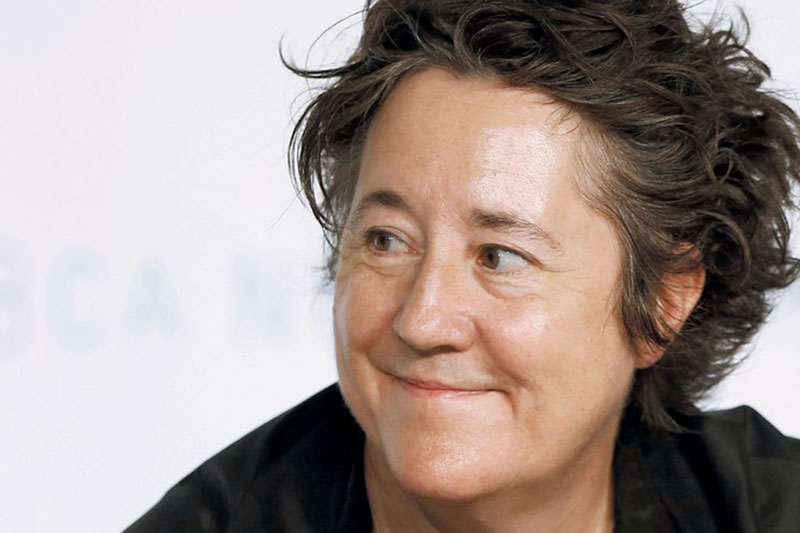 The Tulane School of Liberal Arts kicks off the inaugural Bobby Yan Lectureship in Media and Social Change on Wednesday, Nov.  6 with a talk by Christine Vachon, producer of the film “Boys Don’t Cry,” which celebrates its 20th anniversary this year.

Vachon, an Independent Spirit Award winner and co-founder of the independent film and television production company Killer Films, will speak at 6 p.m. in the Kendall Cram Room at the Lavin-Bernick Center on Tulane’s uptown campus.

The program includes a screening of “Boys Don’t Cry” on Tuesday, Nov. 5 at 6 p.m. at Stone Auditorium in Woldenberg Art Center. Both the lecture and the movie are free and open to the public.

The lectureship is part of the Tulane Trailblazers initiative, which celebrates the contributions of people from diverse backgrounds who have made a substantial and lasting impact at Tulane. It is named after six-time Emmy Award winner Bobby Yan, a 1995 Tulane graduate who founded Tulane’s Asian American Student Union.

“We are particularly proud to celebrate Bobby Yan and his contributions to the history of Tulane,” said Brian Edwards, dean of the School of Liberal Arts. “In establishing the Bobby Yan Lectureship in Media and Social Change, the School of Liberal Arts pays tribute both to his career in TV, film and media, which began at Tulane with a major in communication studies in the early 1990s, and his commitments to positive social change.”

Vachon has been lauded for her career in filmmaking with the Producer Award from the Gotham Independent Film Awards. In addition to the Oscar-winning “Boys Don’t Cry,” considered the first mainstream film about a transgender man, her company produced such Oscar-winning and Oscar-nominated films films as “Still Alice,” “Carol,” “I’m Not There” and “Far from Heaven.”

Vachon, the artistic director of the MFA program at Stony Brook University, has most recently been nominated in the Independent Spirit Award’s Best Feature category for “First Reformed,” which also garnered an Academy Award nomination for Best Original Screenplay.

Yan is a veteran of the television and music video industry, having directed more than 100 music videos and commercials, and produced several sports-related shows that garnered six Sports Emmy Awards. His recent short film, “Marz,” appeared in more than 50 festivals worldwide. Yan also was selected as one of the directors in the ABC Disney Directing Program, a two-year professional directing program that recruits experienced directors on the cusp of making the transition into episodic directing.