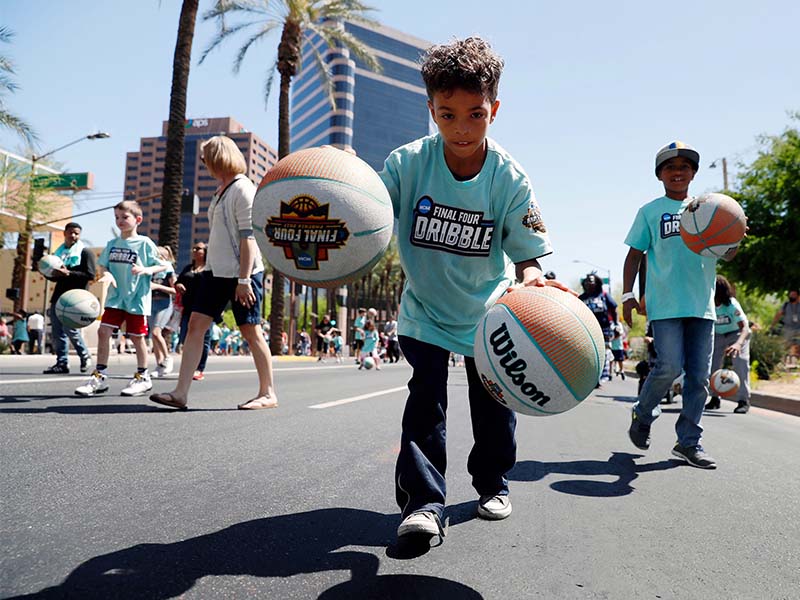 The NCAA Men’s Final Four will take place in New Orleans, April 1-4 and offers numerous events for fans of all ages. (Photo courtesy of NCAA Photos)

Tulane University is a host institution for the upcoming 2022 NCAA Men’s Basketball Final Four. The Final Four will take place in New Orleans April 1-4, and the weekend offers more than championship basketball. Events such as the Men’s Final Four Fan Fest Presented by Capital One, the March Madness Music Festival, the NCAA Dribble presented by Buick and the Reese’s Men’s Final Four Friday are great opportunities for families to attend together.

The Men’s Final Four Fan Fest Presented by Capital One will be April 1-4 at the Ernest N. Morial Convention Center. Fans of all ages can join in on the championship action as they engage in various fun activities from the NCAA Corporate Champions and Partners, including NCAA sports interactives, watching exciting championship highlights and a basketball skill competition. Participants will have the opportunity to meet former NCAA players, professional athletes and coaches for autograph sessions, win prizes and much more. Click HERE for more information.

On Sunday, April 3, youth ages 18 and under can bounce into action with the NCAA Men's Final Four Dribble presented by Buick. Thousands of fans can participate in this unique parade and FREE Final Four event for the chance to dribble their way through the heart of downtown New Orleans. The first 3,200 participants will receive a T-shirt, Wilson basketball and FREE entry into the Men’s Final Four Fan Fest presented by Capital One. Register HERE.

Finally, fans can flock to the Caesars Superdome on April 1 for Reese’s Men’s Final Four Friday and watch each Final Four team practice for an hour. This free event also includes the Reese’s NABC All-Star Game, featuring top senior student-athletes from around the country.