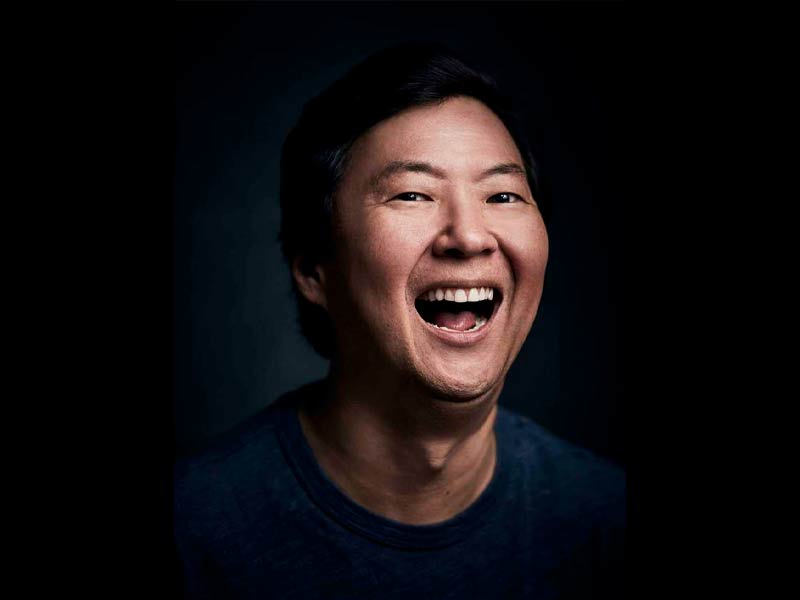 Comedian Ken Jeong will be the keynote speaker at Tulane’s Commencement 2022.

One of today’s most sought-after and popular comedic actors will return to New Orleans on May 21 to address graduates at Tulane University’s Commencement 2022.

Ken Jeong, who honed his skills in New Orleans’ comedy clubs while doing research at Tulane's School of Medicine in the 1990s, will be the keynote speaker at Tulane’s Commencement, which will take place at 9 a.m. in Yulman Stadium. The ceremony will be the first Tulane commencement in which all graduates will participate together, in person, since the pandemic began.

“There is often some debate regarding university commencement speakers. For instance, should the individual selected for this role be accomplished in one of the academic disciplines or should they be a well-known and beloved celebrity? In choosing the keynote speaker for Commencement 2022, we decided the answer was both. The fact that our choice also has a deep New Orleans connection was a definite plus,” Tulane President Michael Fitts said.

Legions of fans know Jeong as Mr. Chow from The Hangover franchise, Señor Chang from the critically acclaimed TV show "Community," Wye Mun Goh from the blockbuster film Crazy Rich Asians, and his own Netflix standup special "You Complete Me, Ho," which earned him a People’s Choice nomination. For the past six seasons, Jeong has entertained millions of viewers as a judge on the Emmy-nominated "The Masked Singer" and is host and executive producer of the popular "I Can See Your Voice."  He will also soon star in Mike Myers’ highly anticipated Netflix series "The Pentaverate."  In addition, Jeong recently appeared in Will Arnett’s improvisational Netflix comedy series "Murderville."  He has also appeared in Role Models, Ride Along 2, Transformers: Dark of the Moon, Step Brothers, Pineapple Express, Couples Retreat, My Spy and Tom & Jerry. Jeong also lent his voice to the Oscar-nominated Over the Moon, as well as Scoob, and My Little Pony.

When not busy with another film or television project, Jeong dedicates his spare time to volunteering with Stand Up 2 Cancer, a cause very close to his heart. He has also been outspoken on the rise of racism and hate crimes against members of the Asian American and Pacific Islander (AAPI) community.

Prior to his Hollywood success, Jeong earned his undergraduate degree from Duke University (from which he also received an honorary degree in Humane Letters) and his MD from the University of North Carolina. He also did research in Gastroenterology at Tulane University School of Medicine and completed his Internal Medicine residency at Ochsner Medical Center, while also performing stand-up comedy at local clubs. In 1995, he won the city’s Big Easy Laff Off. Encouraged by former NBC President Brandon Tartikoff and Improv founder Budd Friedman, who judged the contest, he headed to Los Angeles.

While practicing medicine in LA, Jeong began performing regularly at the Improv and Laugh Factory and appeared on a number of television shows including "The Office," "Entourage," and "Curb Your Enthusiasm." When he was cast as cantankerous Dr. Kuni in Judd Apatow’s Knocked Up, he solidified himself as a feature film actor. Later, art would imitate life when he created, wrote, executive produced and starred in ABC’s "Dr. Ken."

“This year’s Tulane Commencement will be something of a homecoming for our speaker,” Fitts said. “Besides enjoying live jazz and all the other New Orleans flourishes and fun embedded in our unique celebration, I believe that Tulane’s interdisciplinary educational approach will also appeal to Dr. Ken. The experiences of our students, who often double and even triple major in far-flung subjects such as neuroscience and dance or music and math, seem kindred with his ‘multidisciplined’ career path.”