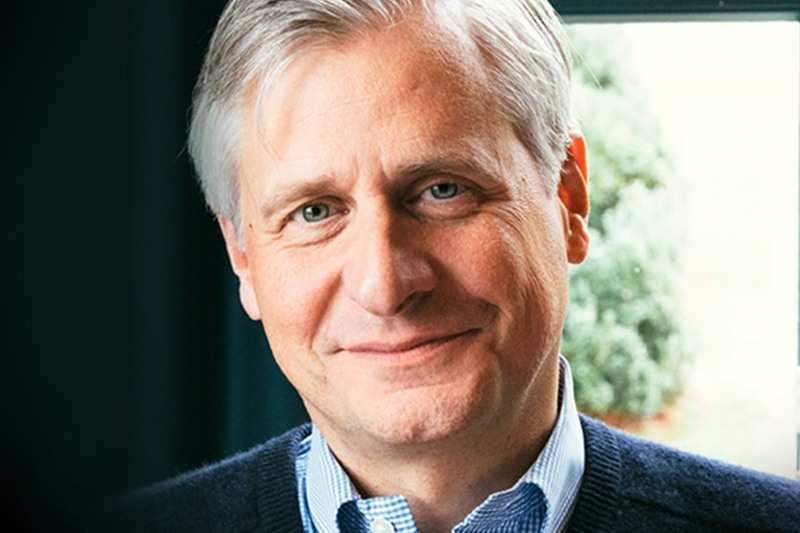 The inaugural event, When America’s Values Are Tested: Lessons From Jefferson, Lincoln and Other Great Leaders in the Age of Trump, will take place from 1 to 2 p.m. at Rogers Memorial Chapel, 1229 Broadway.  It is free and open to the public and will be followed by a reception and book signing.

The series aims to spotlight differing viewpoints in today’s highly charged political atmosphere. Meacham will draw on his best-selling presidential biographies and answer questions from the audience to create an in-depth discussion about the inner strength of America.

Meacham is contributing writer to The New York Times Book Review, contributing editor at TIME and Pulitzer Prize-winning author. His book American Lion: Andrew Jackson in the White House, was a New York Times best-seller as well as winner of the 2009 Pulitzer Prize for biography. His other New York Times best-sellers include Thomas Jefferson: The Art of Power; Franklin and Winston: An Intimate Portrait of an Epic Friendship; and American Gospel: God, the Founding Fathers, and the Making of a Nation.

Isaacson, a native New Orleanian, best-selling author and university professor in Tulane’s history department, is the former CEO and chair of the Aspen Institute, a nonpartisan educational and policy studies institute based in Washington, D.C.  He is also the former chairman and CEO of CNN and the former editor of TIME magazine.

His most recent biography, Leonardo da Vinci, is a No. 1 New York Times Best-seller. He is also the author of The Innovators: How a Group of Hackers, Geniuses, and Geeks Created the Digital Revolution; Steve Jobs; Einstein: His Life and Universe; Benjamin Franklin: An American Life; and Kissinger: A Biography. He is also co-author of The Wise Men: Six Friends and the World They Made.