Blocks and blocks of fun 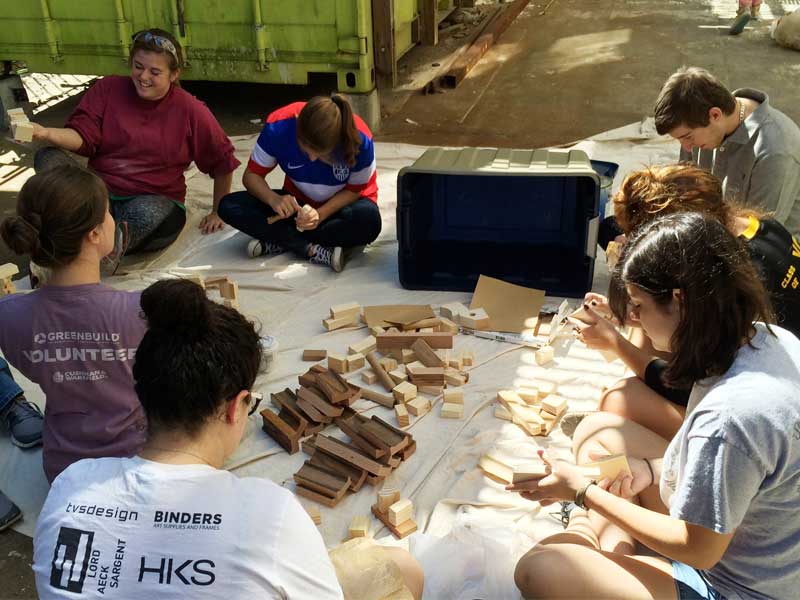 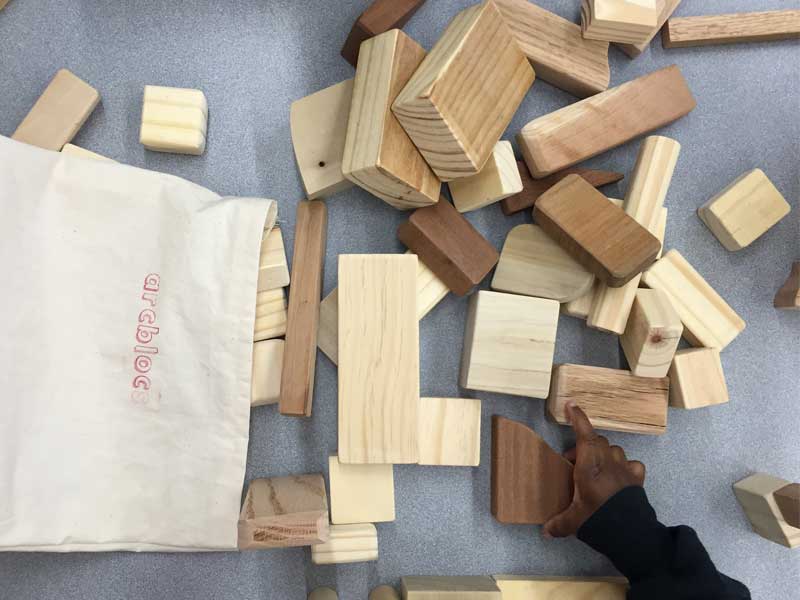 Marianne Desmarais, director of undergraduate architecture and design programs at the Tulane University School of Architecture, couldn’t help but notice a few years ago how much solid wood was being discarded after student projects were completed in the school’s studios and in its Woodshop.

The Woodshop is one of several Fabrications Labs at Richardson Memorial Hall, home of the School of Architecture, and it is where students create models, design furniture and work on other projects involving wood.

"Not only are we keeping things out of the waste stream but we’re highlighting the fact that it doesn’t take much to provide young children with direct benefits to math, linguistic and spatial skill development through playing with simple wooden blocks.”

Marianne Desmarais, director of undergraduate architecture and design programs at the Tulane School of Architecture

When Desmarais heard a report on NPR titled “Behold the Humble Block,” she wasted no time in turning the waste into annual public service project. The report talked about the benefits of block play in child development, from problem solving and collaboration to measurement and math.

“I had already been experiencing some consternation about the amount of trash the School of Architecture produces,” said Desmarais, the Favrot II Professor of Practice.  Wood waste was not just coming from the Woodshop but through design and build projects at URBANbuild and the Albert and Tina Small Center for Collaborative Design.

“And then a lightbulb went off. Why not encourage the architecture students to hone their skills in the shop by upcycling their solid wood waste into wood blocks for young children in the New Orleans community who need access to toys for constructive play.”

She proposed a block-making project, called arcblocs, at a student meeting, suggesting that there are countless children in the New Orleans area who could benefit developmentally, socially and academically from a new set of blocks.

“I just pitched it as a call to action and an invitation to upcycle our waste into toys that perhaps develop the next generation of architects,” Desmarais said.

Students loved the idea and went to work shaping, cutting, sanding and even testing out the finished blocks of wood. Sets of blocks were then placed in bags made of leftover fabric from local film projects.

“My husband is in the film industry, and he was able to save canvas that otherwise would have gone in a dumpster,” Desmarais said.

In previous years, Desmarais and her students handed out bags of arcblocs at playdates with kids set up with local schools and organizations, such as Homer A. Plessy Community School and PlayBuild NOLA, a design education program.  This year, because of the COVID-19 pandemic, there was no opportunity for students to gather to make the blocks or have in-person playdates. So Desmarais donated all the remaining sets she had to Tulane’s annual toy drive for CASA for Children, an organization that works with abused and neglected children in foster care.

Since the arcblocs project began in 2015 Desmarais estimates that undergraduate and graduate students together have made over 50 sets of blocks, with each set consisting of 20 blocks.

“Delivering bags of arcblocs to students remains one of my favorite memories from my time at Tulane,” he said. “It is remarkable how humble objects like sacks of sanded scrap wood can bring groups of people together in unforeseen ways.

Desmarais said she looks forward to continuing the project for many years and hopes to see even more students participate.

“This is a project that is near and dear to my heart,” said Desmarais, who has a young daughter of her own. “Not only are we keeping things out of the waste stream but we’re highlighting the fact that it doesn’t take much to provide young children with direct benefits to math, linguistic and spatial skill development through playing with simple wooden blocks.”