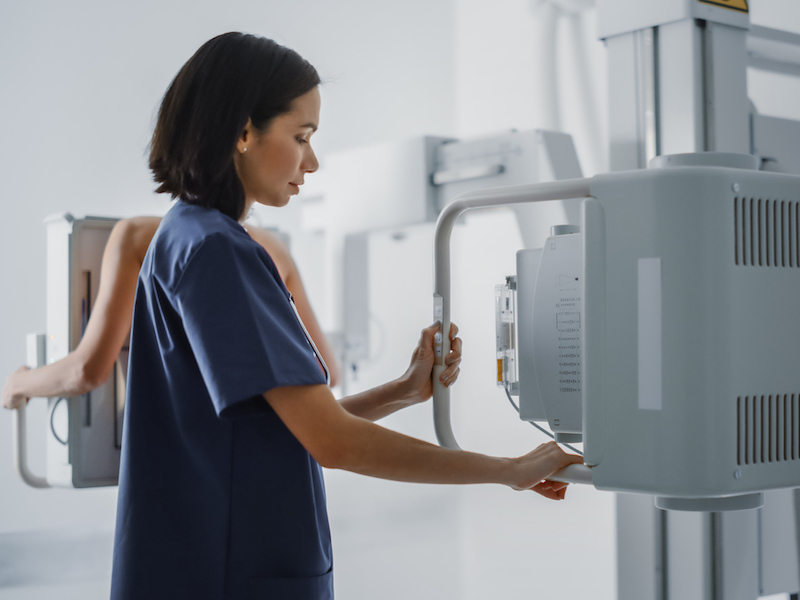 A new study from Tulane University found that mammogram screening rates dropped precipitously in the first months of the pandemic. (Photo by iStock)

The COVID-19 pandemic significantly disrupted routine medical checks for many.

A new study from Tulane University has found that, during the first wave of the pandemic, almost no women were receiving mammograms, and it took months for mammogram screening rates to return to normal.

Mammograms are crucial to detecting and diagnosing breast cancer. The study, published in JAMA Network Open, examined data from nearly 45,000 female Medicaid beneficiaries in Louisiana and found that screening rates among those women decreased to nearly zero in April 2020. It was not until September – five months later – that screening rates began to return to normal levels. Mammogram screening rates fully recovered by mid-2021.

“Our study may provide new evidence of the association of the pandemic with screening mammography rates, especially for a low-income population in a Southern state,” said lead author Dr. Yixue Shao, a health policy and management researcher at Tulane University School of Public Health and Tropical Medicine. “The delayed breast cancer screening at the beginning of the pandemic may be associated with later-stage diagnoses or poorer prognoses for individuals with breast cancer.”

The study also examined differences in screening rates by race and ethnicity. While non-Hispanic Black and Hispanic women saw the greatest increases in mammograms after the initial pandemic-induced decline, the study found “no significant differences in rate increases by race or ethnicity.”

Still, Shao said more work should be done to examine the effect of delayed screenings on those with breast cancer or those who had yet to be diagnosed.

The study is co-authored by Department of Health Policy and Management assistant professors Kevin Callison, Brigham Walker and Andrew Anderson and Thomas LaVeist, Weatherhead Presidential Chair in Health Equity and dean of the School of Public Health and Tropical Medicine.