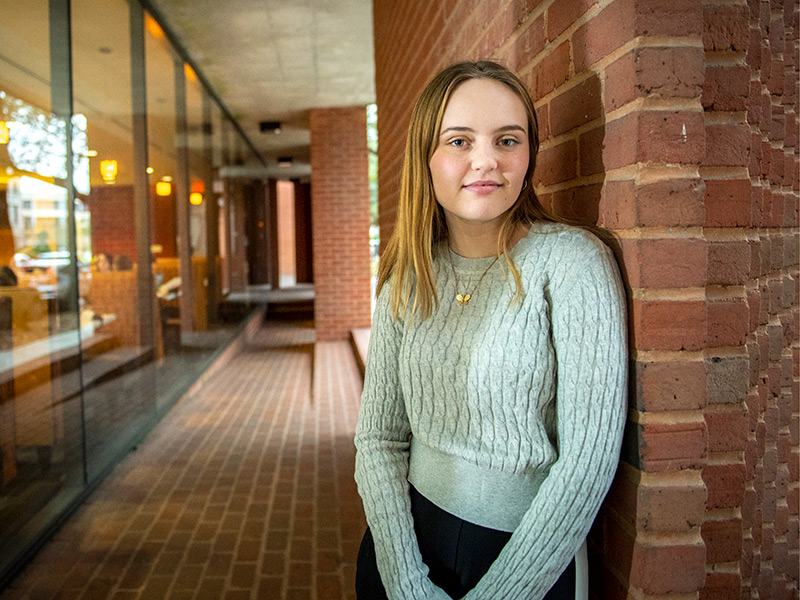 Avery Siegel and a few of her high school classmates co-produced a documentary about the lack of access to affordable and hygienic menstrual products around the world. (Picture by Paula Burch-Celentano)

Avery Siegel, a Tulane University student majoring in communications with a minor in public health, can add the title “Oscar winner” to her future resume. The second-year student in the School of Liberal Arts co-produced the documentary Period. End of Sentence, which won the Academy Award for Best Documentary Short at Sunday’s awards ceremony.

Siegel and her fellow co-producers began their project in high school when their teacher took the group to the United Nation's Commission on the Status of Women and Girls. That’s where Siegel learned about the lack of access to affordable and hygienic menstrual products around the world, which leads many girls to drop out of school.

“After coming back from the UN, we knew we wanted to do something to raise awareness of this issue but did not know exactly what we wanted to do,” Siegel says. “We soon learned about Arunachalam Muruganantham's low-cost sanitary pad machine that was revolutionizing the way in which menstruation was discussed in India.”

Siegel and her fellow classmates formed a nonprofit organization called 'The Pad Project’ and made the film to encourage people to start publicly talking about menstruation all over the world.

Director Rayka Zehtabchi and cinematographer Sam Davis worked with the students and an Indian nonprofit called Action India. A small team traveled to Kathikera, India, to meet with women who were interested in creating a solution that would help remove the taboo of menstruation in their community.

“When we first came up with the idea to create a film, we truly never thought we would ever get to this point,” Siegel says. “I am still at a loss for words. We are so grateful to have been given such a large platform to talk about menstruation. This is just the beginning in our fight for menstrual equality.”

Siegel says she wants to continue making documentaries when she graduates from Tulane. Period. End of Sentence is available on Netflix.