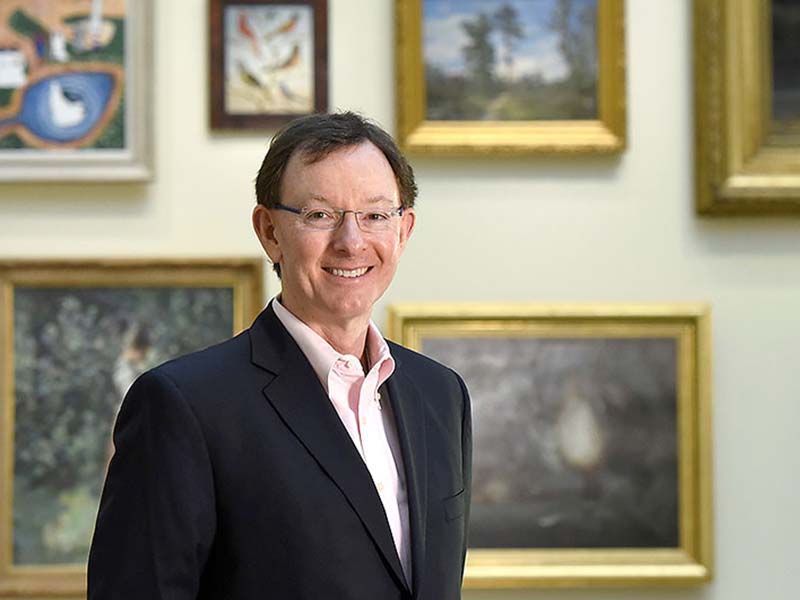 Don and Lora Peters have made a $1 million gift in support of an expansion and renovation of the Tulane University Athletics Department’s academic center. (Photo courtesy of Steve Ruark)

The $1 million gift from Don and Lora Peters kickstarts a $2.2 million fundraising campaign to address a substantial infrastructure enhancement to the academic services center which has not received a significant renovation in two decades. The project’s scope and elements are set to be finalized at the turn of the new year with a planned opening in the fall of 2021.

“The most important job of the Athletics Department is to ensure that the students get a first-class education,” Don Peters said. “An additional goal is to lead its conference with the highest graduation rate and team GPAs. Tulane should also be among the best in the NCAA in these metrics. Renovating the academic center will help the university achieve these objectives and we are delighted to have played a role in getting this launched.”

“The most important job of the Athletics Department is to ensure that the students get a first-class education.”

Once completed, the new facility will significantly enhance Tulane’s academic departmental workspace and provide the latest learning technology for student-athlete success in the classroom.

“Once again, Don and Lora Peters have shown their commitment to ensuring that our student-athletes are students first and foremost and are equipped with the tools and facilities they need to achieve success both here at Tulane and throughout their lives,” Tulane President Michael Fitts said.

In addition, the facility will remain within the James W. Wilson Jr. Center to conveniently serve the academic needs of the department’s 350-plus student-athletes.

“The completion of the Don and Lora Peters Academic Center is a critical piece to ensure that our student-athletes will continue their standard of academic excellence for years to come,” Tulane Director of Athletics Troy Dannen said. “I would like to thank both Don and Lora Peters for their commitment to our student-athletes to get this project off the ground and to make it a reality.”

Oremus Family Study Lounge – Named in recognition of Alan Oremus who, like Don and Lora Peters, made a seed commitment to the project. Located at the center of the Don and Lora Peters Center, the Oremus Family Study Lounge will feature a relaxed coffee shop-inspired environment with several flexible seating options. The area will serve as a welcoming hub to give student-athletes areas to study, work on projects, and receive tutoring sessions. It will be equipped with technology, printers, and convenient outlets to keep devices charged.

Private Study Rooms – Five private study rooms will be incorporated into the design of the Don and Lora Peters Academic Center. These spaces will serve the individual academic needs of our student-athletes.

Staff Offices – The current and future needs of our student-athletes will be met with an expansion of office spaces for the Academic Services team.

“I could not be more excited for the future opportunities this facility will provide our student-athletes,” Senior Associate Athletics Director for Academic Services/Senior Woman Administrator Dr. Charvi Greer said. “This truly is a transformational project that will further elevate our student-athlete success in the classroom.”

Several naming opportunities are available in the Don and Lora Peters Academic Center. Supporters looking to contribute to the project can learn more by contacting the Green Wave Club at 504-865-5356 or emailing Associate Athletic Director for Development Tyler Kai at tkai1@tulane.edu.

“The generosity from Don and Lora Peters, Alan Oremus and others shows that our supporters are truly invested in the future of our student-athletes well beyond their collegiate athletic careers,” Kai said. “As we look to the next phase of our fundraising efforts, we will be asking other supporters to follow the leadership of Don and Lora Peters by making their own gift commitments to this project.”

For more information on how to make a gift for future Tulane projects, visit GreenWaveClub.com