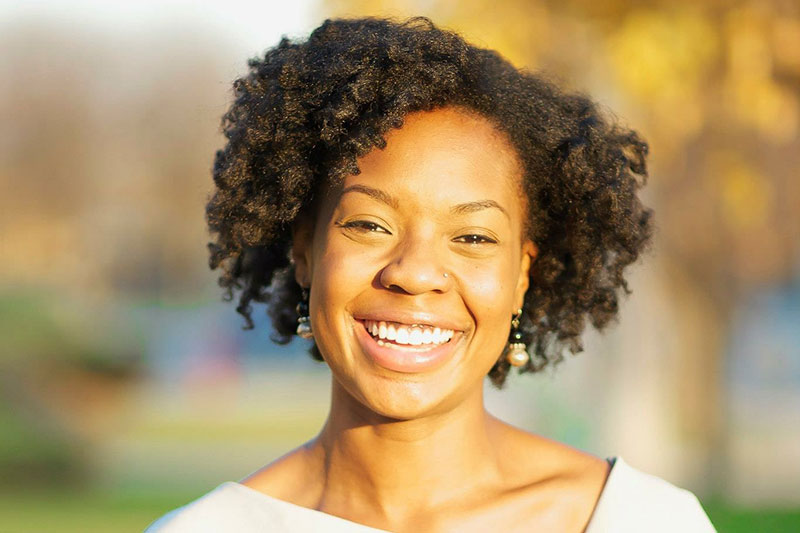 Rhiana Gunn-Wright has been central to the effort to transform the Green New Deal idea into policy.

Rhiana Gunn-Wright, one of the lead architects of the Green New Deal, will speak Monday, Nov. 4 at Tulane University as part of the “Actual Water and American Air” speaker series focusing on interpreting the environment across academic disciplines.

Sponsored by the Tulane School of Liberal Arts’ Environmental Studies Program, the event will be in conversation format with Jennifer Parker, an editor for The New York Times Opinions section. It will take place at 6 p.m. at Stone Auditorium at Woldenberg Art Center and is free and open to the public.

As a fellow and the former policy director for the think tank New Consensus, Gunn-Wright has been central to the effort to transform the Green New Deal idea into policy. The Green New Deal is considered one of the boldest and most comprehensive plans for tackling climate change and economic inequality.

"The Green New Deal represents one of the most ambitious ideas in modern American history.”

"The Green New Deal represents one of the most ambitious ideas in modern American history,” said Andy Horowitz, assistant professor of history at Tulane and organizer of the speaker series with Thomas Beller, associate professor of English.  “It not only means to mitigate the existential challenges posed by the climate crisis — challenges that New Orleans knows as well as anywhere — but aspires to make a more just world in the process.”

Horowitz described Gunn-Wright as “one of the most important policy makers working today. We are lucky to have her at Tulane, and in particular, to have her here in conversation with Jennifer Parker, who as a brilliant editor for the New York Times Opinion page, has an extraordinarily influential role in shaping what we talk about, and how, as a country."

Parker graduated from Yale in 2011 with a degree in political science and government. Before going to the New York Times, Parker worked at the NAACP Legal Defense Fund.