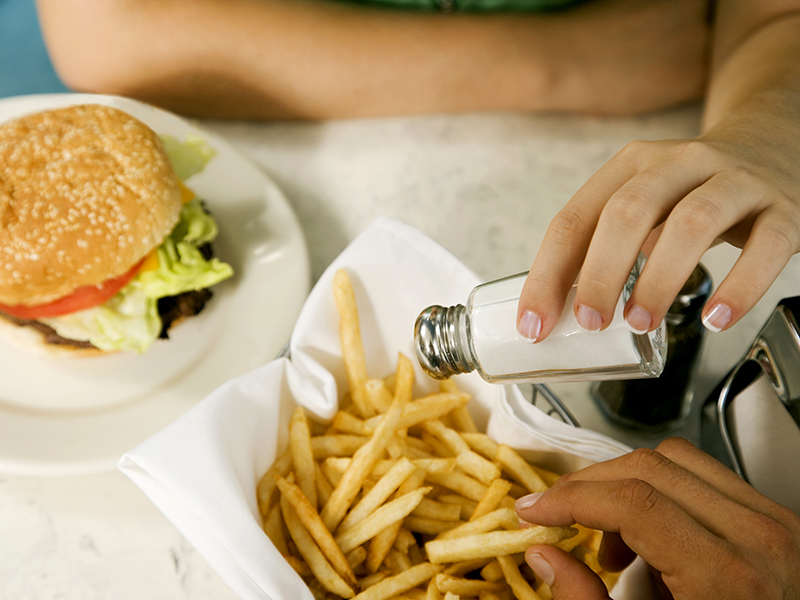 High salt consumption is associated with a higher risk for cardiovascular disease (CVD) in patients with chronic kidney disease (CKD), according to a new Tulane University study appearing in the Journal of the American Medical Association (JAMA) this week.

Researchers followed more than 3,500 patients with CKD for almost a decade and examined the association between urinary sodium excretion – a marker for salt intake – and incidents of clinical cardiovascular disease.

“The study is the first to investigate the association between sodium excretion and CVD incidence in a population with CKD,” said Dr. Jiang He, senior author and Joseph S. Copes chair in Epidemiology and professor at Tulane University School of Public Health and Tropical Medicine.

In all, the study tracked more than 800 CVD incidents such as heart attacks, strokes or heart failure among participants and discovered a significant association with higher urinary sodium excretion levels. The increased risk was independent of several important CVD risk factors, including use of antihypertensive medications, kidney function and history of CVD.

“The study is the first to investigate the association between sodium excretion and cardiovascular disease incidence in a population with chronic kidney disease,”

Findings were consistent across subgroups and independent of further adjustment for total caloric intake and systolic blood pressure.

“These findings, if confirmed by clinical trials, suggest that moderate sodium reduction among patients with CKD and high sodium intake may lower CVD risk,” He said. “Future randomized controlled trials should recommend testing the effect of sodium reduction on risk of cardiovascular disease.”

The first author of this paper is Dr. Katherine Mills, an assistant professor of epidemiology. Other Tulane authors include Drs. Jing Chen and Arnold Alper from Tulane University School of medicine.