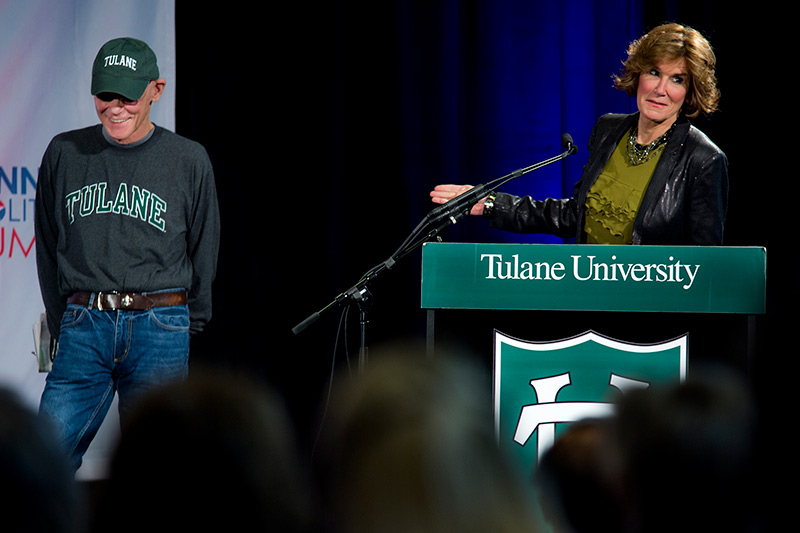 A panel of prominent scholars and commentators, including husband-wife political strategists James Carville and Mary Matalin, will discuss the 2016 election and the prospects for governing in the years ahead, Tuesday, Jan. 17 at Tulane University.

The panelists will discuss the 2016 presidential election as well as address the battle for Congress, the Republican policy agenda and prospects for the Donald Trump administration.

Carville, a political science professor at Tulane, is one of the country’s most renowned political strategists and helped lead Bill Clinton to the U.S. presidency in 1992.

Carville, a political science professor at Tulane, is one of the country’s most renowned political strategists and  helped lead Bill Clinton to the U.S. presidency in 1992. He is married to Matalin, a Republican-turned-Libertarian political consultant who worked for George H.W. Bush on his 1992 presidential reelection campaign.

Campbell’s expertise is in the areas of American politics, political behavior, public opinion and political inequality, particularly their intersection with social welfare policy, health policy and tax policy. Searles holds a joint appointment in the Manship School of Mass Communication and the Department of Political Science at LSU. Her interests include news media, campaign advertising and political psychology.

The discussion, which is free and open to the public, is sponsored by the Tulane Department of Political Science, the Scholars Strategy Network, Newcomb-Tulane College and Forum Tulane. It will also be streamed live.

On Monday, Jan. 16 at 7 p.m., New York Times columnist and Louisiana native Charles M. Blow will speak at Dixon Hall, also on Tulane’s uptown campus. The talk is part of the Conversations in Color series presented by the Amistad Research Center and the Tulane University Office of Multicultural Affairs.