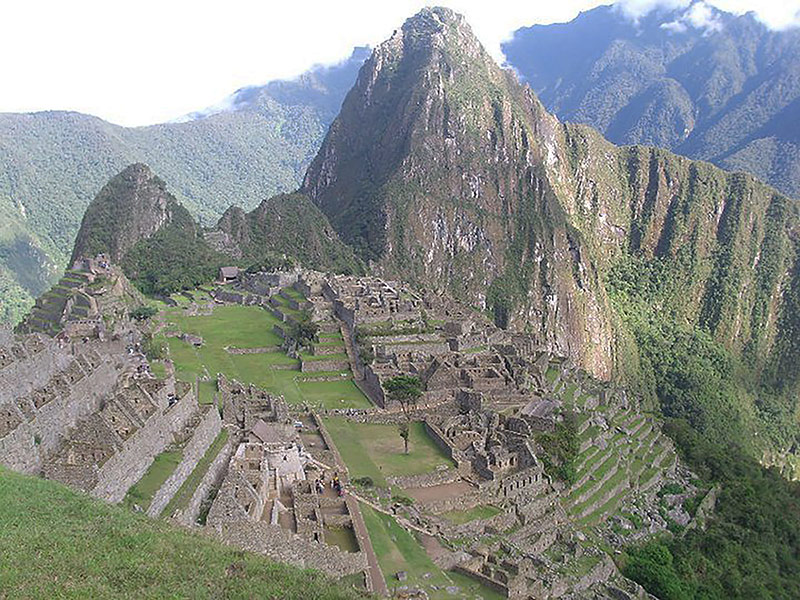 Machu Picchu, a 15th century citadel located in southern Peru, is the most familiar icon of Inca civilization. Photo by Alina Alvarez Larrain

Machu Picchu is the most famous landmark of Inca civilization, and until recently, it was believed that the one-time estate of Inca emperor Pachacuti in southern Peru was built around AD 1438.

A new study, one that involves a Tulane University researcher, suggests otherwise. The study, led by researchers at Yale University and published in the journal Antiquity, says the citadel may have been built some two decades earlier.

Yale archaeologist Richard Burger teamed up on the study with Tulane archaeologist Jason Nesbitt and researchers Eden Washburn and Lars Fehren-Schmitz from the University of California at Santa Cruz. They used accelerator mass spectrometry (AMS) — an advanced form of radiocarbon dating — to determine the age of human remains recovered during the early 20th century at the mammoth complex.

"At a broader level, the research fits within a larger debate in Andean research about the exact timing of the expansion of the Inca Empire in the 15th and early 16th centuries AD.”

“The paper published in Antiquity details the results of a radiocarbon dating project of 26 human individuals (probable retainers) that were buried at the Inca royal estate of Machu Picchu,” said Nesbitt, an associate professor in the Tulane Department of Anthropology.

Nesbitt said his role was to analyze the 26 radiocarbon measurements in close collaboration with Burger and Lucy Salazar, a research associate for the Machu Picchu Project at Yale, the two of whom wrote up the interpretations of the dates. He said that while this was not the first study to present radiocarbon on dates from Machu Picchu, earlier research produced inconsistent results on a limited number of samples.

“In contrast, our study is the first to present a large corpus (26) of consistent, high-precision, dates on human remains that come from four different cemeteries dispersed across the site,” Nesbitt said. “The results of the radiocarbon dates suggest that Machu Picchu may have been constructed by c. AD 1420 and was built at least two decades earlier than previously thought.”

He said the results are significant because they contradict some element of history that are based on Colonial Period documents written after the Spanish Conquest (c. 1532 onwards).

“Using these documents, historians and archaeologists generally believed that Machu Picchu was built by the Inca emperor Pachacuti when he assumed power in AD 1438,” Nesbitt said. “Our dates suggest a continuous occupation that runs between c. AD 1420 and 1530. The earliest dates that we published suggest that Machu Picchu was built by at least AD 1420, some two decades (and potentially more) earlier than historical documents have led us to believe.”

He said the study also indicates that Pachacuti’s promotion to the throne and his initial conquests were also 20 years earlier.

“At a broader level, the research fits within a larger debate in Andean research about the exact timing of the expansion of the Inca Empire in the 15th and early 16th centuries AD,” Nesbitt said. “Furthermore, it also highlights the ways in which document- based chronology and scientific-based methods like radiocarbon dating complement and/or contradict one another.”