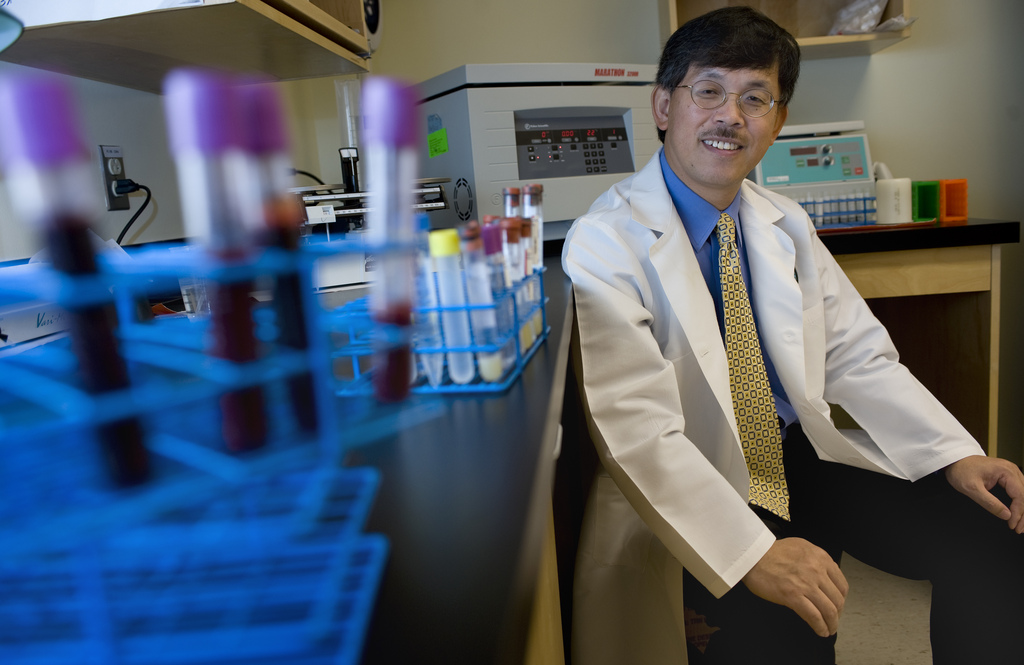 Dr. Jiang He chairs the Department of Epidemiology. (Photo by Paula Burch-Celentano)

A new study shows a brisk walk is just as good as a jog when it comes to reducing liver fatty content, important news for the more than 3 million people diagnosed each year in the U.S. with nonalcoholic fatty liver disease (NAFLD). Researchers including Jiang He, a professor in the Department of Epidemiology, and Hui-Jie Zhang, a postdoctoral fellow at Tulane University School of Public Health and Tropical Medicine, published their findings in the latest issue of JAMA Internal Medicine.

The researchers randomly divided 220 people with obesity and NAFLD into three groups, assigning each group different levels of exercise for one year. In the vigorous-moderate group, participants jogged 150 minutes a week at 65-80 percent of their maximum heart rate for the first six months, followed by 150 minutes of brisk walking (45-55 percent of maximum heart rate) for the other half of the year. The second group of participants walked briskly for 150 minutes a week for the entire year. The third group did not exercise.

Researchers found vigorous and moderate exercise were equally effective in reducing intrahepatic triglyceride content among patients with nonalcoholic fatty liver disease. That means people who have difficulty with vigorous exercise can still prevent and treat NAFLD with moderate activity.

Nonalcoholic fatty liver disease has been associated with an increased risk of cardiovascular disease independent of metabolic risk factors, such as diabetes, hypertension and dyslipidemia.

“Nonalcoholic fatty liver disease has reached epidemic proportions worldwide and is the most common cause of chronic liver disease,” says He. “The condition affects 20-30 percent of adults in the general population and 70-90 percent of patients with obesity or diabetes in Western countries.”

While moderate and vigorous exercise had nearly the same effect on intrahepatic triglyceride content, patients who performed the more strenuous activity also significantly reduced their weight, waist circumference, body fat mass and body fat percentage compared to those who exercised moderately or not at all.

Nonalcoholic fatty liver disease has been associated with an increased risk of cardiovascular disease independent of metabolic risk factors, such as diabetes, hypertension and dyslipidemia.