Riverboat for start up report.jpg 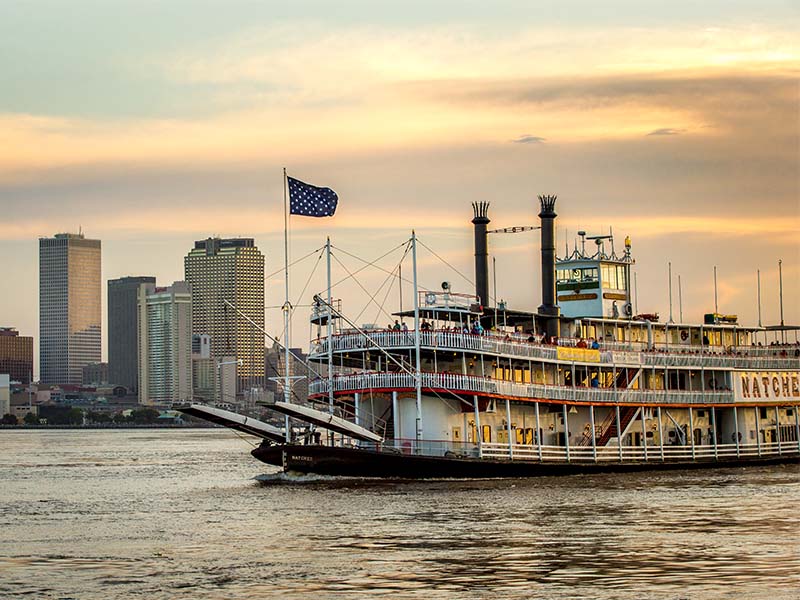 Among the findings in the latest Greater New Orleans Startup Report, 68% of companies surveyed are planning to hire in the next 12 months, regardless of the concerns of a tight labor market. (Photo by Paula Burch-Celentano)

Area startups are feeling confident enough to add staff as the regional economy continues to recover from the COVID-19 pandemic, according to the latest findings from Tulane University’s 2022 Greater New Orleans Startup Report.

The annual survey of the region’s entrepreneurial ecosystem, compiled by the Albert Lepage Center for Entrepreneurship and Innovation at Tulane’s A. B. Freeman School of Business, finds the intent to hire is the highest it has ever been over the past four years, with 68% of companies planning to add employees in the next 12 months.

A benchmark for tracking entrepreneurial activity in the New Orleans region, the report is based on a survey of approximately 150 startups and small businesses in the 10-parish region from the first quarter of 2022. The most recent data indicates how startups are emerging from the pandemic environment and moving forward in the face of economic uncertainty.

"In the face of uncertain market conditions, business owners are making hard choices about hiring, office locations and fundraising."

“We can identify two themes in this report: choices and change,” said Rob Lalka, Albert R. Lepage Professor in Business and Lepage Center executive director. “In the face of uncertain market conditions, business owners are making hard choices about hiring, office locations and fundraising. These decisions are reflected in the data, which indicate that significant changes have taken place, and are currently taking place, that will have widespread impacts on our city and region.”

For the first time, the report found that more than 50% of respondents offered remote work as a benefit. The number offering paid time off held steady, while fewer reported offering health insurance compared to previous years.

The data indicate that entrepreneurs, and their employees, are returning to the office. Last year, 48% of survey respondents worked from home. That figure dropped to 32% in 2022, while leased commercial space increased to 38% from 32% during the same period to overtake the home office for the top spot on the list. More than 30% of respondents are planning on moving to a larger office.

Once again, area companies saw an increase in equity financing activity, such as venture capital, angel investing and convertible debt. In 2022, 59% of startups reported having raised some form of equity capital; 62% of those having raised more than $1 million. This is up from 36% of startups with investor backing in 2020, at which point only 42% had raised more than $1 million. Notably, more than half of 2022 respondents have raised some portion of that capital from local investors.

“In last year’s report, we saw an increase in companies reporting they raised most of their capital from outside investors,” Lalka said. “The new data are even more promising. While the ability to attract investors outside of our area can be a validator of the progress our startups are making, this year’s report showcases that companies can attract outside investment and receive the capital needed to support their growth from local investors.”

The Lepage Center team again looked at funding access for firms led by women and Black, Indigenous, and People of Color (BIPOC) founders, which included findings first presented at the Global Consortium of Entrepreneurship Centers Conference in October. Women-led companies reported increased use of both venture capital and angel investment. The gap in angel investment decreased significantly in 2022 to 13% compared to 21% in 2021. There was a decrease in access to equity investment across the board for BIPOC-founded firms, reversing the gains made in 2021. Businesses in the Greater New Orleans region, however, have demonstrated significant gains for both women and BIPOC leaders in attaining company leadership roles.

When it comes to revenues, average gross revenue across industries increased significantly since last year, from $1.56 million in 2020 to $2.31 million in 2021.

“While our data show reasons for optimism, and also for concern, it only tells part of the story of the future of our ecosystem. This week, the U.S. Treasury announced a commitment of $113 million to Louisiana for new loans and venture capital investments into startups through the State Small Business Credit Initiative (SSBCI), and Tulane’s new Innovation Institute debuted an investment fund for women- and minority-led startups in our region,” Lalka said.  “We need to continue to utilize the data, study what is working, expand and encourage each other to unlock our creative potential and be the very best version of New Orleans.”